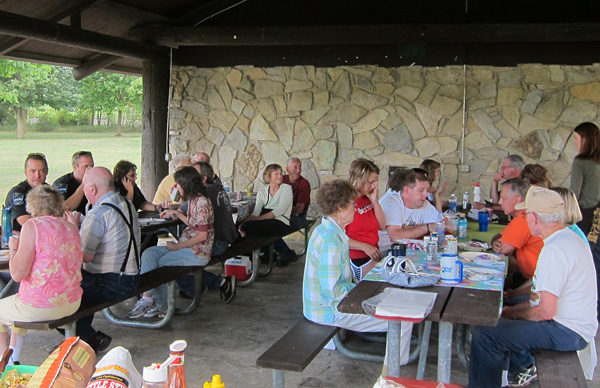 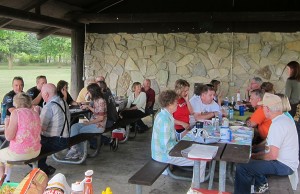 MASON CITY – Mason City held its annual block party weekend again this year, and the folks in the Georgia Hanford neighborhood got together in the spirit of meeting their neighbors.

“Having a neighborhood block party is the best way to get to know your neighbors, your local government representatives and your community police officers,” Watts said.

Watts invited police, fire, and other city servants to the event.  Several Mason City police officers were in attendance, enjoying a burger and nice conversation.

“Most importantly,” Watts explained, “they are great ways to increase safety and to build a sense of community in your neighborhood.”

Neighbors who attended shared food and stories. Each neighbor told where they live and how long they have been there.  Some folks are new to the area, other have been living there for decades.  See video below for the introductions.

Also, volunteer Ozzie Ohl made an appearance and explained to area residents his plans for a sledding hill at the Georgia Hanford Park.

Kits are available at City Hall with suggestions on how to start organizing a party for next year. 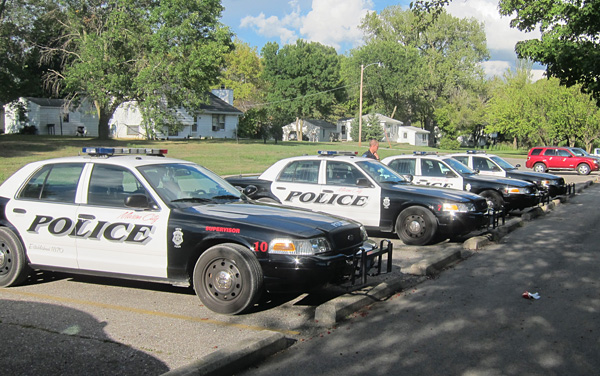