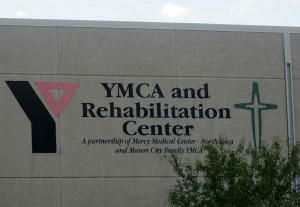 Finally, in the wake of the arrest of three North Iowa men for a  “sex offense” at the Mason City YMCA, the organization says it is on the brink of releasing a statement.

I made contact with Mason City YMCA Director Liz Conley last week.  I asked what some might consider some “uncomfortable questions.”  I feel like they are questions that need answers.  She communicated to me that she would have answers to my questions by the end of the day on August 8th.  The only response I ended up receiving was:

“We will be communicating with our members in the next few days. We will also release a statement to all media.”

This incident bothered me, and it bothered the community.  It bothered me because I used to go to the Mason City YMCA.  I stopped going because of the behavior I witnessed in the men’s locker room there. I never saw any “sex acts” but I routinely saw men walking around naked, pacing around, stretching naked, shaving naked, and staring at the rest of us getting dressed.  That was enough for me to  say “goodbye.”

I’m not the only one who has been creeped out by the goings-on in the men’s locker room there.

One man told me “From my days there I saw old men sitting in there naked.  One guy getting out of the shower and doing naked jumping jacks while I shielded my eyes and went to my safe place.”

Another woman told me “My bf has! He said some men were standing around with their “bidness” all out, just talking, acting really weird.  He stopped using the men’s locker room and started using the family ones for privacy!”

There were other accounts, but you get the picture.  Sorry about that.

This is a serious matter, and believe me when I say, the three men charged are innocent until proven guilty and I am passing no judgement on them.  Let the courts determine their innocence or guilt.  But it is despicable that there are so many in the community that feel the YMCA has a bad element in it.

Especially since there could be youngsters or even children in that locker room.  Where is the YMCA leadership and staff in monitoring that place?

I asked former YMCA Director Don Nelson, who was in charge of the Y back when it was on Pennsylvania Ave., what he thought of this situation.  He ran the place for years.

“Pleased it didn’t happen on my watch,” he continued.  “It indicates more supervision is needed, that’s what I did.  I had people walk through, and we made an effort to walk through and see what was going on, especially when the youth were there.”

Nelson closed with some sage advice:  “I think all facilities where you have children and adults have to be supervised.”

We await the news release from the YMCA.