This news story was published on July 24, 2012.
Advertise on NIT • Subscribe to NIT

Brennan Derr was detained by local law enforcement on NIACC’s campus along with three others on January 17th for illegal drug distribution activities following the investigation. A fifth man later turned himself in at the Mason City Police Department.

At the scheduled sentencing hearing on Tuesday presiding District Court Judge Colleen D. Weiland sentenced Brennan to 10 years in prison and a $1,000 fine before suspending both the prison term and fine. Instead of prison, Derr will serve 2 to 4 years of probation with the Iowa Department of Corrections and have a Class C felony for delivery of a controlled substance remain on his criminal record. 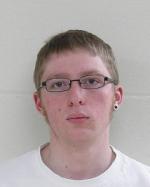