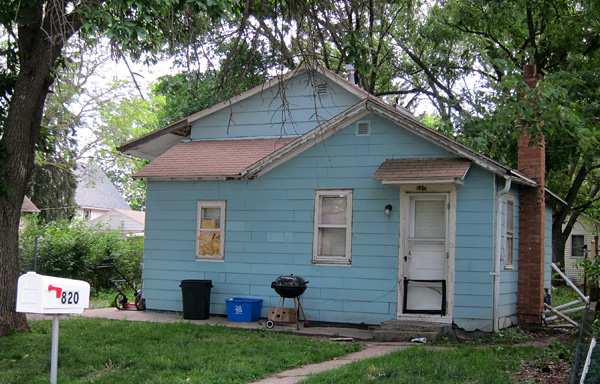 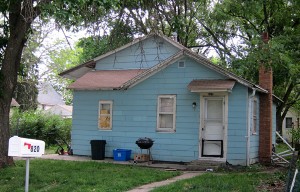 On June 2nd, Mason City Police had received a report of a dispute in the 100 block of 7th Street SW.  Kevin Arndt, age 28, was charged with two simple misdemeanor counts of public intoxication and criminal trespass.  See related story.

Then on June 6th at about 3:56 AM, Mason City Police said a dog that lives at Arndt’s home, located at 820 South Tyler Avenue (pictured), attacked a paper delivery man.

An officer was dispatched to the 800 block of South Tyler Avenue and when the officer approached Arndt’s house to advise him of the complaint, the dog came out of the house and bit the officer.  The officer fired his weapon at the dog but did not strike the animal as it retreated back into the house.

Arndt refused to answer the door, and multiple (eight) officers arrived at the scene.  A search warrant was obtained, and after a brief standoff, Arndt voluntarily left the house, Mason City police confirmed Monday morning.

Arndt was charged with interference with official acts, vicious animal and animal at large, all simple misdemeanors.

While at the scene, Mason City Police also made an unrelated arrest of a woman on a drug charge.

Mason City police said that a car with at least one woman inside (a witness said there were two women inside) was parked nearby and the occupant was watching the incident unfold when officers detected “the odor of marijuana.”

The woman’s rental car was searched, and according to one witness, “taken apart.”

Barbara Shadae Hooten, 30, of Rosemount, Minnesota, was arrested and charged with possession of a controlled substance, a serious misdemeanor. 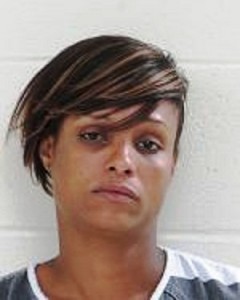 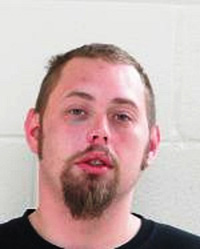