This news story was published on May 31, 2012.
Advertise on NIT • Subscribe to NIT 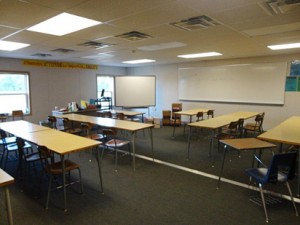 MASON CITY – Mason City police responded to an altercation at John Adams Middle School at about noon on Wednesday.

It was reported that two female students, ages 14 and 13 “had gotten into a fight.”

Both students were arrested.

Mason City police said today that both students were charged with disorderly conduct.

There were no injuries.

Mason City police have two school resource officers who patrol the school ground throughout the city, according to Lieutenant Ron Vande Weerd.   “They spend the majority of their time out there (at the High School / Adams / Alternative school campus)” he said.  But they also go to the elementary schools.

He said they are there so that a student can approach an officer if he or she is being bullied or has a problem.