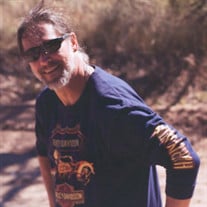 Thomas J. Brown died doing what he loved, riding his Harley, Friday, August 12, 2022 near Lusk, Wyoming after an unforgettable week-long trip to Sturgis.

In lieu of customary remembrances, memorials may be directed in care of Tom’s family to be given in his honor.

Thomas John Brown was born April 1, 1963 in Wessington Springs, SD, the son of James Simon and Wilma Elaine (Adolphson) Brown. The family soon moved to North Iowa where Tom graduated from Mason City High School in 1981 and continued his education at NIACC in the building trades. On December 31, 1985 Tom married Joy Scofield and the couple had four children, Christopher, Jamie, Daniel and Kayla. They made their home in Mason City where he began his 33 year tenure at Curries.

Tom loved the open road. Whether he was taking a drive alone, or surrounded by family and friends, he found peace on his bike. He was a lifetime member of ABATE and HOG and made countless friends along the ride. Tom truly never met a stranger and could always find something to connect to this new friend. In his younger years, Tom enjoyed tinkering on his Chevy Camaro, Nova and any other car he could get his hands on. Music brought him great joy, and he was a trivia master – a true Rock Music encyclopedia. But, most of all, Tom loved his family. He fiercely guarded them when necessary, always making sure they were taken care of. Friends became family and Tom’s life was full of love. Though he is gone, he will not be forgotten.