Iowa State was left without Denae Fritz, Ashley Joens and Aubrey Joens, who were unavailable due to Big 12 Health and Safety Protocols.

The Cyclones were led by Emily Ryan, who totaled a team-high 19 points along with four assists and four rebounds. Tonight’s game marked Ryan’s 12th game in double figures on the year. Lexi Donarski joined Ryan in double figures with 14 points and two rebounds.

Iowa State struggled offensively from the get-go, shooting just 2-of-16 (12.5 %) from the field in the first quarter, marking ISU’s worst shooting performance in a quarter this season. Texas would jump out to an early 16-10 lead.

Texas would start the third quarter on a 7-0 run, forcing an Iowa State timeout as the Longhorn lead swelled to 16, 46-30. It was all Longhorns from there, as Iowa State’s offensive woes continued, tallying just four points in the quarter with Texas marching out to a 19-point lead at the end of the third quarter, 53-34.

Texas’s lead was too much for the Cyclones to overcome, as the Longhorns handed ISU their first home loss of the season and their first loss since Dec. 2 at LSU, 69-60. 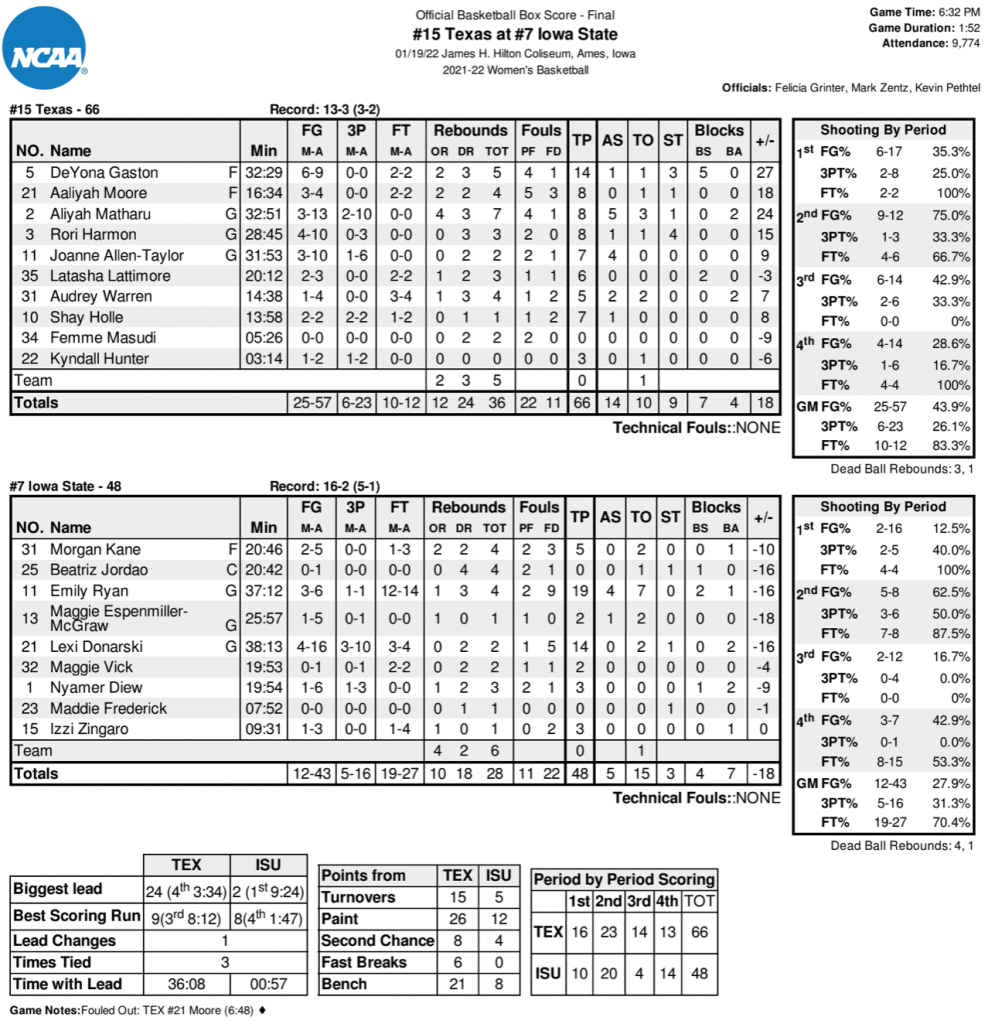