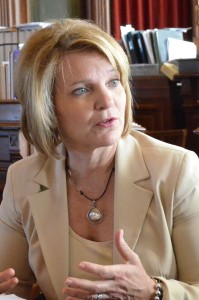 WASHINGTON, D.C. – Liz Mathis, lowa State Senator and candidate for Congress in lowa’s 1st Congressional District, announced that her campaign will report raising over $640,000 on her third quarter filing. This is a historic number for a congressional challenger, and is fueled by grassroots support from every corner of Northeast lowa. Over 90% of Mathis’ campaign contributions are from lowans, making clear voters are fired up to send an independent voice to Washington who will truly represent lowa families, farmers, and small business owners. Mathis ends the quarter with over $550,000 cash on hand putting her in a strong position heading into the final months of the year.