FAYETTE COUNTY – A missing teen from Chickasaw county was found in a rural Northern Iowa home with drugs, leading to the arrest of a woman.

On November 7, 2020, at approximately 6:45 PM, the Fayette County Sheriff’s Office received a tip of a missing juvenile hiding at a residence in rural Waucoma, Iowa.  Information provided by witness also stated there was possible drug use at the residence.  Fayette county sheriff’s deputies arrived on scene at 25012 Y Avenue in Waucoma and conducted an investigation.  A 16-year-old juvenile was located and found to be entered as missing in Chickasaw County.  The juvenile was found to be in possession of paraphernalia and illegal substances.

After multiple interviews, Lisa Jo Sims, 45 of Waucoma, was arrested and charged with Contributing Illegal Substances to a Minor, a Class B Felony.  Sims was taken inot custody and transported to Fayette County Jail, where she is currently being held on $25,000 cash bond. The Juvenile was released to a guardian.

This case remains under investigation and more charges are pending. 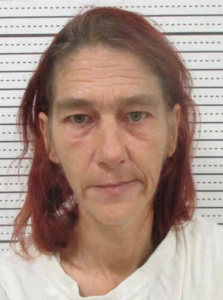