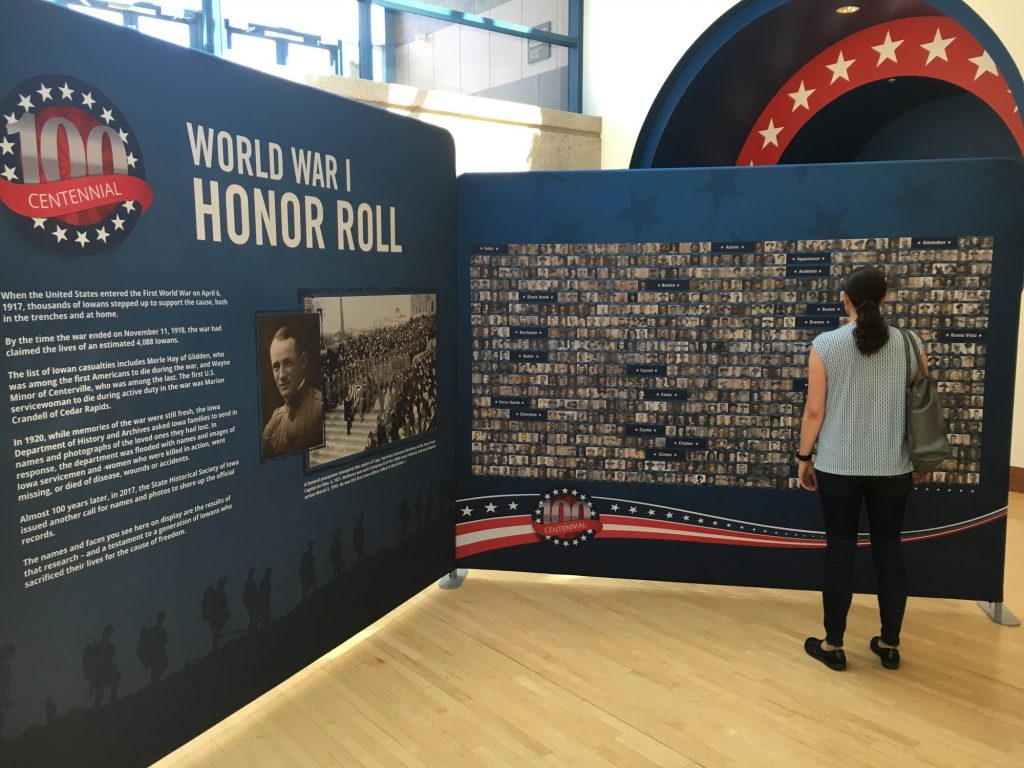 Capt. Edward Fleur of Des Moines was killed in a German gas attack in 1918 during World War I. Artifacts from Capt. Fleur will be featured in a new traveling exhibit, “World War I Honor Roll.” The exhibit opens Saturday at the State Historical Museum of Iowa and honors the more than 4,000 Iowans who lost their lives during the Great War.

Thanks to the efforts of his wife, Minnie, Capt. Fleur is buried in Des Moines’ Woodland Cemetery. His descendants plan to donate additional artifacts, including a personal journal, photos and uniform, Saturday during a small private ceremony at the museum.

The new “World War I Honor Roll” exhibit will also feature thousands of names and photos the State Historical Society collected from Iowa families who lost loved ones during the war and pay tribute to a generation of Iowans who sacrificed their lives for the cause of freedom.

The exhibit is open to the public from 9 a.m.-4:30 p.m. Saturday, May 26, at the State Historical Museum of Iowa in Des Moines. Admission is free.