ANAMOSA, IOWA – A man who murdered his wife and her father in Storm Lake, Iowa back in 1996 has died in prison, officials say.

Saengaroun had been serving time for committing murder 1st degree from Buena Vista County. His sentence began on February 12, 1997. His crime was committed on April 9, 1996, when he took a gun and shot his wife dead, then her father.

Governor Terry Branstad denied his appeal for a commutation in 2016. 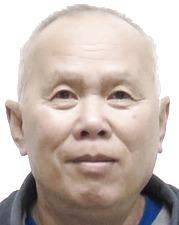