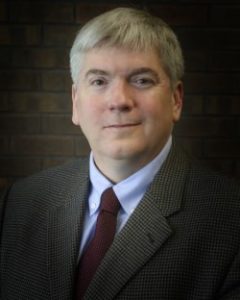 Bennett Smith will moderate the event

The public is invited to attend a forum on the environmental, economic, and social impacts of meat processing facilities on communities. The forum will be held on Tuesday, June 14, from 6:00 p.m. to 9:00p.m. at the Music Man Square in Mason City, Iowa. All are welcome to this free event. Light refreshments will be served.

Dr. John Ikerd and Dr. Donald Stull, both experts on community impacts of industrial agriculture, will give half-hour presentations. After a short break, attendees will have the opportunity to ask questions of the speakers.

Don Stull is professor emeritus of anthropology at the University of Kansas, where he has taught from 1975 to 2015. Don holds a doctorate in anthropology from the University of Colorado, Boulder, and a master’s in public health from the University of California, Berkeley. For the past three decades his research and writing have focused on the meat and poultry industry in North America; rural industrialization and rapid growth communities; industrial agriculture’s impact on farmers, processing workers, and rural communities; and food. Since 1998 he has studied agricultural transformation in Western Kentucky, where he is half-owner of a grain farm that has been in his family since the early 19th century. Don previously edited the journal Culture & Agriculture and co-edited Any Way You Cut It: Meat Processing and Small-Town America (University Press of Kansas, 1995). An updated and expanded second edition of his book (with Michael Broadway) Slaughterhouse Blues: The Meat and Poultry Industry of North America was published in 2013. His most research, funded by the Spencer Foundation, examines how the changing geography of immigration has affected schools and educators in Garden City, Kansas, a community he has studied for 30 years.

Bennett Smith will moderate the event. Mr. Smith is an asset manager in Clear Lake, Iowa, and an instructor in History and Political Science at North Iowa Area Community College.

Concerned citizens from North Central Iowa are sponsoring this forum to help preserve a sense of community among Iowans, both rural and urban, for the present and for the future.