Op-ed by Senators John Boehner and Mitch McConnell, as published in USA Today – 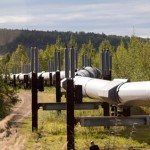 Tuesday, as promised, the new Congress is sending the White House legislation that would approve the Keystone XL pipeline. This project will support tens of thousands of American jobs. It will bolster the nation’s infrastructure and energy security. And it enjoys a broad base of support from Republicans and Democrats, labor unions and small business owners, not to mention an overwhelming majority of Americans.

Keystone is a no-brainer in every way, but the White House says the president will veto this jobs bill. Americans deserve to know why, and what a veto would mean.

The White House’s recommendation of a veto has nothing to do with the aforementioned merits of the project. Instead, the administration claims the bill will “cut short” the process for approving the project. We disagree. If anything, the process has been needlessly drawn out: more than 2,300 days have passed since the Keystone application was first filed.

This level of delay is extreme, even for Washington. In fact, approving these types of pipelines was once routine. In 2009, this administration approved the Alberta Clipper pipeline project — one very similar to Keystone — to bring oil sands petroleum from Canada to the United States. There was little controversy and fanfare. Certainly, no years-long national debate.

What makes Keystone different? Just politics, really. Since 2009, liberal extremists have used the project as an environmental litmus test for the president. And he has repeatedly aimed to please, moving deadlines until after elections and stalling the project to near-death. The snag in their plan was, Keystone just kept on clearing hurdles, including every environmental test, leaving behind all the excuses for delay. A veto now would be the ultimate sop to these extremists at the expense of the greater good.

Keystone brings a real benefit to our economy. That’s according to the president’s own State Department, which says the project will support at least 42,000 American jobs. These are good-paying jobs that go to everyone from construction and energy workers to hotel and restaurant employees in small towns along the pipeline.

Keystone is also good for the country as a whole, providing a more stable and affordable energy supply to help protect against huge price spikes. Developing North America’s energy resources remains one of our best opportunities for long-term growth and competitiveness. When we don’t seize on this potential, it’s another notch in the belt for competitors like China, which now consumes more energy than we do, produces more coal than we do, and is the world’s leading manufacturer.

So that’s who wins with a veto: bureaucrats, extremist environmentalists and the Chinese. Meanwhile, the American worker and the unions that represent them? Canada, our dear ally and top trading partner? The middle-class families the president claims to be committed to helping? They’re all left out in the cold.

This shouldn’t be a difficult decision. It shouldn’t be about politics, that’s for sure. The day after the election, we pledged to return Washington’s focus to the people’s concerns. We made Keystone a top priority precisely because it is a good starting point for both parties to come work together and make progress on the economy. And we can hope reason will prevail and the president will do the right thing.

Unfortunately, this White House refuses to listen and look for common ground. It’s the same kind of top-down, tone-deaf leadership we’ve come to expect and we were elected to stop.

The allure of appeasing environmental extremists may be too powerful for the president to ignore. But the president is sadly mistaken if he thinks vetoing this bill will end this fight. Far from it. We are just getting started.

Rep. John Boehner, R-Ohio, is the speaker of the House of Representatives. Sen. Mitch McConnell, R-Ky., is the Senate majority leader.

NOTE: Iowa Senator Joni Ernst has now become an out-spoken proponent of the Keystone pipeline and has urged the President not to veto the measure.