Board rules that college football players are employees, not just students 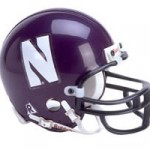 NIT – In what may be another step in the direction of college football players getting paid dollars and not just tuition, room and board, a ruling was handed down today that will allow football players at a major university to unionize.

Northwestern – with a Big Ten football team – says it will appeal the ruling.

In a statement, the university said “Northwestern University is disappointed by today’s ruling by the regional director of the National Labor Relations Board finding that Northwestern University’s football players who receive grant-in-aid scholarships are employees.  Northwestern believes strongly that our student-athletes are not employees, but students. Unionization and collective bargaining are not the appropriate methods to address the concerns raised by student-athletes.”

In January, the College Athletes Player Association (CAPA) submitted a petition to the National Labor Relations Board to assert the labor rights of Northwestern University football players. If successful, athletes across the nation could eventually establish a national players association that will fight what the organization calls “unjust NCAA rules”.

College football rakes in millions of dollars every year at major universities like Northwestern, but the players have never been paid.

2 Responses to Board rules that college football players are employees, not just students