DES MOINES – A former youth paster at a Des Moines church who pleaded guilty earlier this year to three sex crimes against underage girls was sentenced to 15 years in prison Monday.

Ryan McKelvey, age 27, pled guilty to felony C third degree sexual abuse, and two counts of felony D sexual abuse by a clergy. Months ago, he plead not guilty and had his lawyer petition to have charges dismissed. The criminal acts took place last year. His victims were 16-year-old girls he had befriended by spending time with their families.

It was said in court that McKelvey’s wife was in labor one evening when he “snuck away” to visit one of his victims at her house.  Records show McKelvey’s wife is seeking a divorce at this time.

The pastor at Heritage Assembly Church where McKelvey was employed had told police that McKelvey had been dismissed for laziness and “spending too much time with the female juveniles of the church,” according to the police report.

McKelvey’s father and pastor produced letters of support to the judge, but the victims and their families pleaded for jail time. 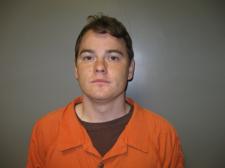