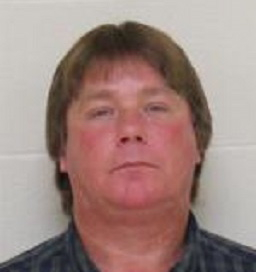 DES MOINES – An Iowa appeals court upheld the 2013 conviction of a Mason City man on a charge of possession of a controlled substance, third offense.

The officer searched Bitker’s driving history and found he had a 2007 violation for failing to provide proof of insurance. The officer left the squad car to confer with his fellow officer.

When the officer returned, he told Bitker he was going to tow his vehicle for failing to show proof of insurance. Bitker told the officer he was positive there was insurance on the vehicle, he just could not locate the certificate, and asked why the officer would not issue a ticket and allow him to show proof the next day as was his previous experience. The officer issued Bitker citations for speeding and failing to provide proof of insurance. Bitker again searched his vehicle for the insurance card; the officer shined his light around the vehicle while Bitker looked for the insurance card. At no point did the officer ask if the passenger had a valid drivers’ license. Bitker retrieved his cellular telephone to call his girlfriend for a ride home, and the officer promptly searched the vehicle for an “inventory” and found a closed pouch containing pills. The officer handcuffed both Bitker and the passenger. Bitker later admitted the pills belonged to him.

Bitker was arrested and charged with possession of a schedule three controlled substance, third or subsequent offense. He filed a motion to suppress evidence obtained by the inventory search on December 27, 2011. A hearing was held on the motion, and the officer testified as to the events surrounding the vehicle inventory. The motion to suppress was denied September 26, 2012. The court found, “It is clear that the deputy’s primary motivation for impounding the vehicle was to search for evidence of criminal activity” but concluded that because the officer’s action was authorized by statute, it could not conclude the impoundment was for the sole purpose of investigation. Bitker’s motion to reconsider was also denied. Trial on the minutes of testimony was held November 20, 2012; Bitker was found guilty as charged.

Bitker appealed, arguing the district court improperly denied the motion to suppress. He also challenged the opening of the closed container in his vehicle. This issue was not raised before the district court, therefore the court would not consider the issue for the first time on appeal.

In this case, the Cerro Gordo County police inventory policy reads, “[T]he officer shall open all closed containers. However, the officer may exercise his discretion in not opening such containers if . . . they would not likely contain valuable property.” The officer “administered the department’s standardized criteria in good faith when he inventoried the property located in the defendant’s vehicle.”

Bitker argued that the impound of his vehicle was motivated by an improper purpose and that officers were not allowed to open closed containers in his vehicle during the inventory. The court affirmed, finding the district court properly denied Bitker’s motion to suppress. The court also found that Bitker’s argument regarding the closed container was not preserved for its review.

Bitker was sentenced to a 5-year suspended prison sentence and two years of probation. He has been wanted since November for violating the terms of his probation.