ISU Economics Scientist: Federal spending cuts would be a blow to Iowa’s economy 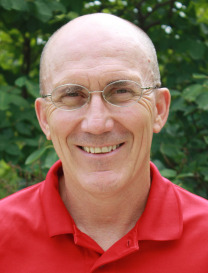 AMES, Iowa – Federal spending cuts will have a direct impact on Iowa’s economy if Congress does not act by the March 1 sequestration deadline. Dave Swenson, associate scientist in the Department of Economics at Iowa State University, says if there are across-the-board cuts Iowa stands to lose around $292.1 million in direct federal funding, and such a large cut could harm the state’s slow recovery.

“Contrary to what many people say Iowa hasn’t been growing; it hasn’t been recovering as fast as the nation. We actually have some evidence that our workforce is contracting,” Swenson said. “A further loss in employment is really bad news; it’s the kind of bad news Iowa’s economy currently can’t absorb.”

Swenson compiled data on direct federal spending for defense, non-defense and capital expenditures in Iowa to calculate the dollars and jobs that could be lost. His calculations are specific to federal employment in Iowa and do not include the full scope of federal spending. As outlined in the table below, defense would take the biggest hit as it receives the largest share of federal spending. The table is based on an average 8.9 percent across-the-board cut.

Were the cuts to occur, it would eliminate 3,570 jobs and cut household incomes by more than $265 million. That will have an even greater impact on the economy, Swenson said, as federal agencies and employees then spend less for things like supplies, household items and transportation.

There are several unknown factors that make it difficult to determine the full impact of the potential cuts. While nearly every federal agency would have to cut roughly the same amount of money, how each agency allocates those cuts will vary. Swenson expects the federal government will try to limit layoffs and implement employee furloughs instead. But that doesn’t change the impact on incomes.

“A 20 percent reduction in pay is better than 100 percent. But if I have 10 people, all of whom are working 20 percent less, there’s still the equivalent of two jobs missing,” Swenson said.

Iowans can expect to see the impact on everything from agriculture subsidies to highway spending to homeland security if the cuts become a reality. However, certain programs are exempt.

According to a Bloomberg News poll, 54 percent of Americans want Congress to take action to prevent the automatic cuts. However, 40 percent said the government should let the cuts happen. Swenson argues that now is not the time for a massive budget reduction.

“If we reduce federal spending too much we will force the economy into a recession, unemployment will go up, and average household well being will go down,” Swenson said. “The people who are saying ‘let’s just bite the bullet and reduce government spending’ aren’t thinking through this far enough. They don’t understand that it will have very meaningful consequences for them.”

12 Responses to ISU Economics Scientist: Federal spending cuts would be a blow to Iowa’s economy