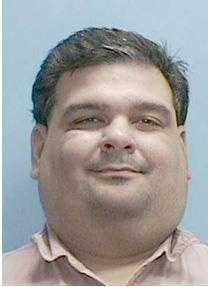 CHICAGO – It is now widely reported that U.S. Marshalls have captured a man wanted for sexually abusing his own children.

Beaudrie is charged with 8 counts of third-degree sexual abuse. The allegations against Beaudrie include the sexual victimization of a child under the age of 16.

U.S Marshalls had said that Beaudrie has an interest in “Magic: The Gathering” and “Yu-Gi-Oh” trading and game cards and were seeking him at places where conventions and trade shows where these types of cards are bought and sold.

Complete press release from the US Marshal’s Service:

A nationwide manhunt for accused sex offender James Julius Beaudrie ended this morning with the fugitive’s arrest in Chicago, IL.

The Great Lakes Regional Fugitive Task Force, a team of law enforcement officers led by U.S. Marshals in Chicago, attempted to locate Beaudrie around 7 a.m. this morning at an apartment complex in the 4400 block of North Lawndale Avenue in Chicago.  This address was developed during the course of the U.S. Marshals’ investigation in Des Moines as a possible address for Beaudrie’s mother.

Beaudrie was transported to the Chicago Police Department’s central processing center.  He is expected to be transported later today to the Cook County Jail where he will await extradition back to Iowa.

Beaudrie is wanted by the Des Moines Police Department on eight counts of third-degree sexual abuse following a six-month investigation into allegations that he attempted to sexually assault at least one of his nine children.  An arrest warrant was issued for Beaudrie on April 6.

The Des Moines Police Department requested U.S. Marshals assistance when it was suspected that Beaudrie had fled the state of Iowa.  A nationwide manhunt ensued.

In all, leads generated through investigation, media coverage, and tips from the public spanned seven states across the nation including Iowa, Nebraska, Missouri, Oklahoma, Utah, Arizona, and Oregon.  Although the information developed which led to Beaudrie’s arrest in Chicago was not generated through a tip from the public, the Des Moines Police Department and the U.S. Marshals wish to thank the public and the media for their assistance and willingness to come forward to help law enforcement in Beaudrie’s capture.

“The cooperative effort of the Des Moines Police Department and the U.S. Marshals Service, which led to the swift arrest of alleged sex offender James Julius Beaudrie, is just one example of the importance of strong working relationships between federal, state, and local law enforcement partners,” said Michael Bladel, U.S. Marshal for the Southern District of Iowa.  “We are very fortunate here in the Southern District of Iowa to have such a relationship with the Des Moines Police Department and all of our state and local counterparts.”

U.S. Marshals frequently provide assistance and expertise to other federal, state and local law enforcement agencies in support of a wide range of investigations.