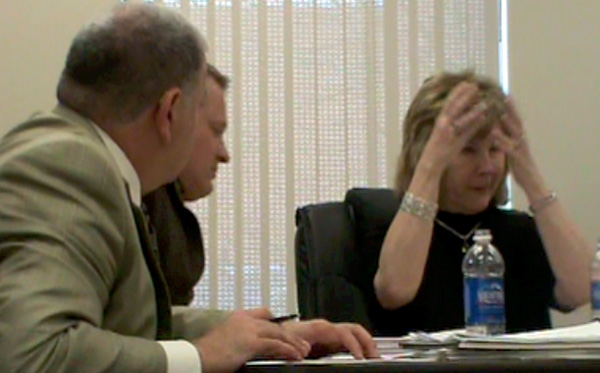 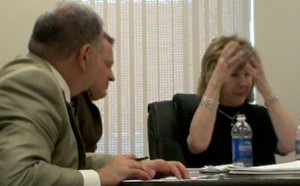 Mayor Eric Bookmeyer is again on the rampage with your tax dollars.  His latest scheme, exposed at last night’s council work session, is to turn our City Hall into a bank.

I call this more of his “welfare for the rich” agenda.  In the 80’s they called this “trickle down.”  The Mayor has already facilitated a plan to give tens of thousands of dollars to his rich golfing buddy.  In return, we get six $10 an hour jobs.  Can you feel the wealth dripping on you yet?

Continuing his plan to further line the pockets of the elite, Bookmeyer cut loose his two favorite “yes men,” Brent Trout and Brent Willet (these two men do nothing unless it is at the explicit direction of the Mayor), to sell a plan to the City Council to take your tax dollars and create a “revolving loan” available to select businesses.

City hall would in affect become a bank, except that there would be no application process to get a loan; no background check, no financial statements looked over.  People who are not bankers nor underwriters would be tasked with determining who is “deserving” of these “low interest” loans.  The dollars would be awarded on a cronyism basis… er, ah-hem, excuse me… based on some formula that is not written on paper nor disclosed to the public in any way.

That is risky business.  As one high ranking City Hall employee explained to me today, the integrity of the community will be called into question once the wrong outfit is turned down, and lawsuits will be filed.  You and I will pay to get the city out of those jams.

Trout and Willett, in a ham-handed attempt to make this sale to the council, called this scam a “tool in the tool box” for luring businesses and jobs to Mason City.  See the video of these amateur car salesmen in action.

Sorry, but the track record of these three men so far is dismal.  How many good paying jobs have they brought to Mason City, as a direct result of their own work, using their “tools?”  Selling t-shirts at a motorcycle shop for ten bucks an hour is a crappy job.  So is sorting other people’s garbage.  To Trout, Willett and Bookmeyer, these jobs are proof of some type of business acumen or skill.  I call it perpetuating poverty.  They wouldn’t know what that means, as each of them live in households pulling down well over six figures.

I, for one, want no part of lending my tax dollars to people that already easily have the means to set up shop here if they so choose.  I’m not in support of more ten dollar an hour retail jobs; Wal-Mart can always use another door greeter.

Until these three can bring something real to the table, jobs that pay a decent living wage, I’m against giving them anymore “tools” for their “toolbox” to play with.

To quote Councilman John Lee: “I don’t think we’re in the banking business.”

My quote would be, more bluntly, “Keep your mitts off my money.”