This news story was published on April 29, 2021.
Advertise on NIT • Subscribe to NIT 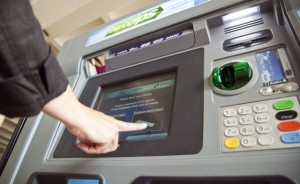 Two men who used credit card skimmers in an attempt to obtain the debit card information of 183 people were sentenced on April 23, 2021, to 10 months each in federal prison.

Information at sentencing showed that bank employees and law enforcement officers found credit card skimmers and pinhole cameras on three ATMs in Dubuque, Iowa, on June 17, 2020. Using traffic camera and ATM footage, officers determined that Busoi and Diculescu installed the skimmers and cameras on June 15, 2020. Officers arrested Busoi and Diculescu on June 18, 2020, at one of the ATMs when they returned for the skimmers. While the skimmers were in place, 183 people used the three ATMs. Busoi and Diculescu, who were in the United States unlawfully, possessed fraudulent Greek passports at the time of their arrest and were initially charged as John Does.

Busoi and Diculescu were sentenced in Cedar Rapids by United States District Court Judge C.J. Williams. Busoi and Disculescu were each sentenced to 10 months’ imprisonment. They must also serve a three-year term of supervised release after the prison term. There is no parole in the federal system.