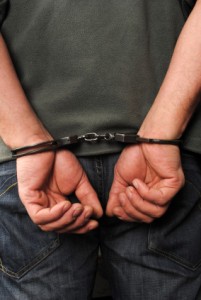 CEDAR RAPIDS – An Iowa licensed practical nurse (LPN) who stole pain medications from her elderly and vulnerable patients at two Waterloo-area nursing homes was sentenced August 29, 2019, to more than a year in federal prison.

Lacey Staveley, age 36, from Evansdale, Iowa, received the prison term after an October 15, 2018, guilty plea to one count of acquiring a controlled substance by misrepresentation, fraud, deception, and subterfuge and one count of false statements relating to health care matters. On May 2, 2019, Staveley also pled guilty to one count of contempt of court.

In a plea agreement, Staveley admitted that, in November 2016, while employed at a nursing home in Cedar Falls, Iowa, she used her patients’ identities to get drugs. Staveley got pills containing hydrocodone by accessing her patients’ prescribed medications and diverting pain pills to herself. Staveley’s victims were long-term residents of the nursing home who had chronic pain and were on Medicare at the time. To cover up her scheme, Staveley destroyed an original medication log, placed it in a trash can, and replaced it with a fake medication log. When the nursing home discovered her thefts and asked her to provide a urine sample for testing, Staveley provided the nursing home with a fake urine sample consisting of toilet water. Because the sample obviously had flecks of toilet paper in it and no urine color, the nursing home obtained an actual urine sample from Staveley. This urine tested positive for the use of opiates, marijuana, and hydrocodone. The nursing home terminated Staveley’s employment.

In January 2018, Staveley was again working as a LPN for a different nursing home in Waterloo, Iowa. This nursing home was unaware of Staveley’s prior employment in Cedar Falls. Staveley took two oxycodone pills from a patient’s medication stocks. She also replaced the pills in the original blister pack with an anti-psychotic drug that did not provide pain relief. This patient complained of pain constantly. Staveley also admitted that she took four narcotic pills, containing Vimpat, from another nursing home patient and replaced those pills with an anti-seizure drug that had a similar shape and color. This second patient was non-verbal and could not even complain of pain. After discovering her actions, the second nursing home also terminated Staveley’s employment.

After being charged in federal court, Staveley violated the terms of her release more than 30 times. A federal judge revoked Staveley’s release after Staveley traveled to Tama County, burglarized her sister’s home, and stole her sister’s prescription drugs. Staveley’s sister suffered from serious medical conditions that required the prescriptions.

Staveley was sentenced in Cedar Rapids by United States District Court Judge C.J. Williams. Staveley was sentenced to 15 months’ imprisonment. She was ordered to make more than $500 in restitution. She must also serve a five-year term of supervised release after the prison term. There is no parole in the federal system.

Staveley is being held in the United States Marshal’s custody until she can be transported to a federal prison. The case was prosecuted by Assistant United States Attorney Tim Vavricek and investigated by the Iowa Medicaid Fraud Control Unit.