This news story was published on August 18, 2019.
Advertise on NIT • Subscribe to NIT 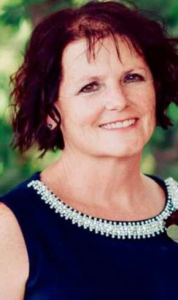 DES MOINES – Gov. Kim Reynolds ordered all state flags in Iowa to be lowered to half-staff on Monday, August 19th, 2019 until sunset in honor and remembrance of fallen Lyon County Sheriff’s Deputy, Stephanie Schreurs. Deputy Schreurs, a 24-year veteran with the department, died from injuries sustained in the line of duty on Tuesday, August 13th, 2019.

Individuals, businesses, schools, municipalities, counties, and other government subdivisions are encouraged to fly the flag at half-staff for the same length of time as a sign of respect.