MASON CITY – A Mason City woman convicted of felony drunk driving back in 2012 was busted recently in town, allegedly driving drunk once again.

A traffic complaint was called in to police on the evening of March 1, 2018. Officers responded at about 6:36 PM, located the alleged vehicle involved and made a traffic stop near 4th Street SW and Cerro Gordo Way. After an investigation, the driver, 47-year-old Deirdre Laine Witham of Mason City was arrested on a charge of felony third-offense operating while intoxicated.

Witham was jailed and soon posted bond and was released from jail. She was guilty of felony third-offense operating while intoxicated back in 2012 in Worth county, records show, and paid $7,274.12 in fines and court fees. 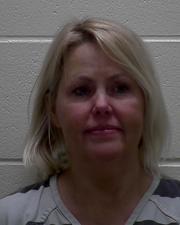