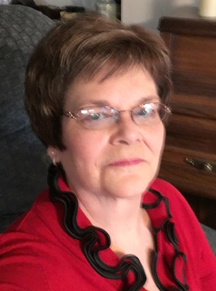 A funeral Mass for Jan Streich will be held 10:30 a.m. Saturday, February 18, 2017 at Immaculate Conception Catholic Church in Charles City with Reverend Gary Mayer celebrating the Mass. Inurnment will be at Calvary Cemetery in Charles City.

A gathering of family and friends will be at Hauser Funeral Home from 5:00 to 7:00 p.m. Friday, February 17, 2017 with a Scripture Service beginning at 7:00 p.m. The gathering will continue one hour prior to the funeral Mass on Saturday at the church.

Janice “Jan” Lynn Streich, the daughter of Ralph and Margaret (Newkirk) Rohweder, was born January 25, 1958 in Sandstone, Minnesota. Jan received her education in Hinckley, Minnesota and graduated from Blaine High School in Blaine, Minnesota. After graduation, Jan began working for the state of Minnesota through the Department of Human Services in St. Paul. She continued working there for several years before moving to Iowa in the late 90’s. Jan worked several jobs in the Charles City area before beginning her recent career as Community Coordinator for Floyd County and other surrounding counties.

Jan was united in marriage to Gregory Streich on May 9, 2003 at Immaculate Conception Catholic Church in Charles City. The couple made their home near Colwell. Jan was a member of Immaculate Conception Catholic Church in Charles City. She enjoyed cooking, gardening, canning, fishing and was an avid reader. Jan also liked cheering on the Minnesota Vikings. She loved spending time with her family, especially all of her nieces and nephews.

She was preceded in death by her parents and infant daughter, Kacie Lynn.
In lieu of flowers memorial contributions may be directed to the family.
Hauser Funeral Home, (641) 228-2323, in Charles City, is in charge of local arrangements. Online condolences may be left for the family at www.hauserfh.com.