WASHINGTON, D.C. – A computer hacker linked to the ISIS-ISIL terror group that may have victimized at least 1,000 Americans has been caught and extradited to the United State to stand trial.

Ardit Ferizi, 20, a citizen of Kosovo, made his initial appearance Friday afternoon before U.S. Magistrate Judge Ivan D. Davis of the Eastern District of Virginia on charges alleging that he provided material support to the Islamic State of Iraq and the Levant (ISIL), a designated foreign terrorist organization, and committed computer hacking and identity theft violations in conjunction with the theft and release of personally identifiable information (PII) of U.S. servicemembers and federal employees.

Ferizi, with an alias of “Th3Dir3ctorY” was detained by Malaysian authorities on a provisional arrest warrant on behalf of the United States, was charged by criminal complaint on Oct. 6, 2015. The criminal complaint was unsealed on Oct. 15, 2015. Ferizi – who reportedly may have victimized 1,000 or more U.S. employees and service members – subsequently waived extradition.

If convicted, Ferizi faces a maximum penalty of 35 years in prison. The maximum statutory sentence is prescribed by Congress and is provided here for informational purposes, as the sentencing of the defendant will be determined by the court based on the advisory sentencing guidelines and other statutory factors.

The investigation is being conducted by the FBI’s Washington Field Office and Jacksonville Division. The case is being prosecuted by Special Assistant U.S. Attorney Brandon Van Grack of the Eastern District of Virginia and Trial Attorney Gregory Gonzalez of the National Security Division’s Counterterrorism Section. The Malaysian authorities and the Justice Department’s Office of International Affairs also provided significant assistance. 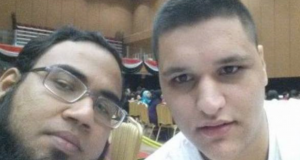 4 Responses to ISIS hacker brought to U.S. to stand trial