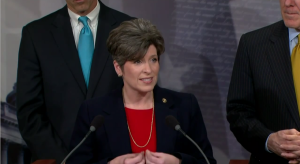 “As a mother and grandmother, I believe education should be handled at the state and local level, by Iowans, not Washington bureaucrats.

“The bipartisan Every Student Succeeds Act rolls back many of the failed policies established under No Child Left Behind. This legislation ends the Common Core mandate and other federally prescribed academic standards imposed on our states. In addition, ESSA moves our education system away from a Washington top down, one size fits all system based on test results. These long overdue reforms give our individual states greater flexibility to design and implement their education and accountability standards as they see fit.

“I believe this is a positive step forward to ensure our students have access to quality education, and empower our parents, teachers, local school boards, and states to make the best decision for their own students.” 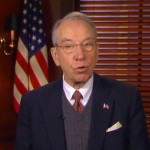 Senator Grassley also praised the legislation for the return of local control. He pointed to provisions he worked on in the legislation, including one that alters federal incentives that he says allow gifted children from disadvantaged backgrounds to fall by the wayside.

“Federal education policy tends to overlook high-potential students, especially those from disadvantaged backgrounds,” Grassley said. “Often these kids aren’t challenged and they might even drop out of school, when they could excel with the right encouragement. These provisions give attention to the students who are bright and capable but are in danger of falling through the cracks.”

The President will deliver remarks Thursday and sign the Every Student Succeeds Act, the White House said in a statement.

The bill ends the federal test-based accountability system of No Child Left Behind, restoring to states the responsibility for determining how to use federally required tests for accountability purposes. States must include these tests in their accountability systems, but will be able to determine the weight of those tests in their systems. States will also be required to include graduation rates, one measure of postsecondary education or workforce readiness, and English proficiency for English learners. States will also be permitted to include other measures of student and school performance in their accountability systems in order to provide teachers, parents, and other stakeholders with a more accurate determination of school performance.