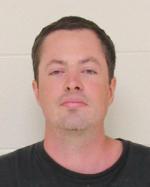 MASON CITY – A man and a woman lost in the woods north of Mason City were taken to jail after cops found them.

A woman dialed 911 late Saturday night, saying she and the man she was with was lost and scared in the sprawling wooded area near Lime Creek Nature Center and the cement plants.

A considerable number of police officers responded to the area and attempted to find the pair as the woman remained on the phone with an emergency dispatcher.