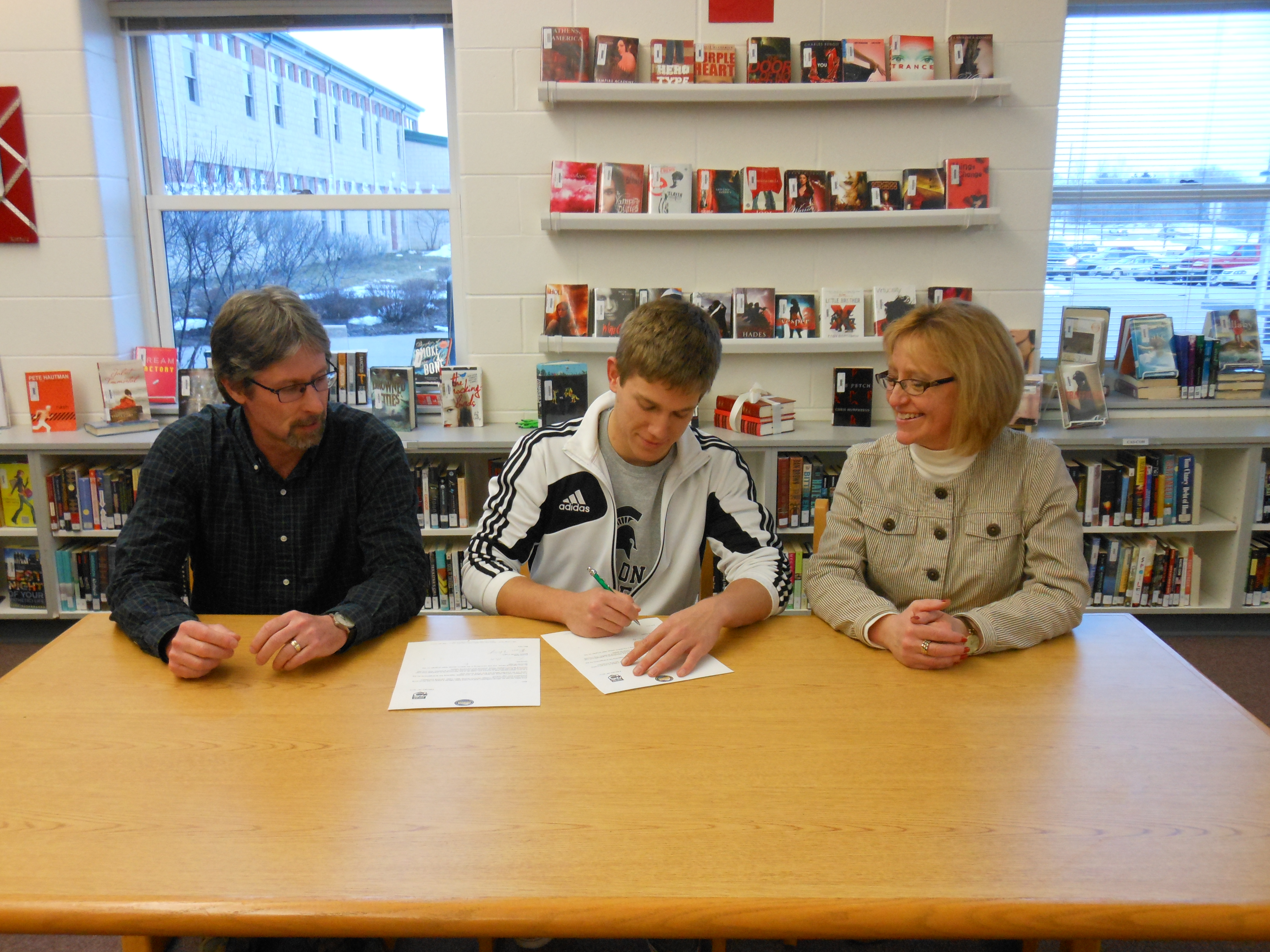 MASON CITY – Solon’s Ben Hoy signed a national letter of intent to play soccer for NIACC in the fall of 2013.

“One of the key areas we set out to strengthen this year was our defensive options,” the coach said, “so it’s great to have signed such a strong defender. We’ve been tracking his progress for some time and I think he will come in and be an important part of our squad.”

Platt said recruiting has changed in the junior college ranks in the past couple of years with the limit on international players each college can recruit.

“The changes sped up our new recruitment philosophy,” he said. “we now focus on bringing in the best players from the Midwest and beyond and then also four players from overseas.”

“With the number of returning players and quality incoming players such as Ben,” Platt said, “I expect us to be challenging for the conference title once again.”