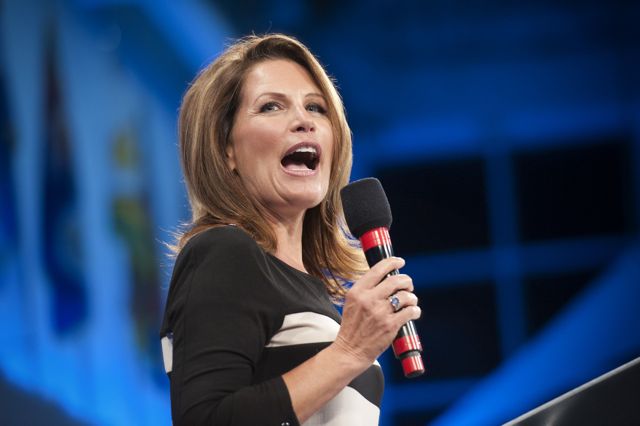 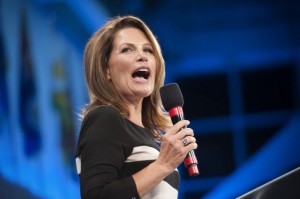 TAMPA, Fla. — Mitt Romney worked to make his voice heard above the roar of a tropical storm Sunday, striking back at President Barack Obama and scrambling plans for his weather-shortened convention to deliver his pitch to the nation. Obama is running “a campaign of anger,” Romney said.

Activities continued Sunday in Tampa, including a rally for Rep. Ron Paul, R-Texas, that attracted thousands of raucous supporters, The major business of the Republican National Convention, including the nomination of Romney for president, has been postponed until Tuesday. As Tropical Storm Isaac swirled off the coast, party officials announced Sunday that all major speakers will be shoehorned into a three-day program beginning Tuesday afternoon.

“We are planning on Tuesday, Wednesday and Thursday,” Republican Chairman Reince Priebus said. He would not rule out further changes as the storm continued up the Gulf Coast.

The Tampa Bay region braced for strong winds Monday on what had been expected to be the first day of the convention, which is attracting 50,000 delegates, journalists and sponsors to the area. The area was under a tropical storm warning, suggesting the possibility of wind up to 73 mph.

City and state officials made adjustments at the convention site, adding sandbags to security fences to hold them in place during Monday’s wind, and taking down tents over delegate loading areas with plans to put them back up Tuesday after the worst of the storm passed. “It’s just going to be a squirrelly day,” said Tampa Mayor Bob Buckhorn.

He wrote an article in the local newspaper, the Tampa Bay Times, stressing his ability to fix the economy. His campaign released a new TV ad criticizing Obama for Medicare cuts. And he used a Sunday TV interview to blast Obama for the president’s latest round of attacks, punctuated by Obama’s comments published Saturday labeling Romney as an extremist.

“That’s a campaign of anger and divisiveness,” Romney said on “Fox News Sunday.” “I think his whole campaign he’s been about dividing the American people. … I think people have seen this kind of a character assassination and divisiveness as being very different than the campaign of hope and change which he ran on originally.”

Romney also was responding to a weeklong barrage from the president and Democratic allies criticizing Republicans for their opposition to abortion rights after a Republican Senate candidate, Rep. Todd Akin of Missouri, suggested there is no need to allow abortion in cases of rape because pregnancy is rare after a “legitimate rape.” Under fire from both major political parties, he quickly apologized, but refused to withdraw from the race.

Romney also urged Akin to drop out of the Senate campaign, and stressed that he would allow abortions in cases of rape, unlike Akin.

“It obviously is being used by Democrats to try and cast a shadow on our entire party and it’s not,” Romney said in the interview.

In Tampa, the day’s biggest, liveliest event was the five-hour long rally for Paul, who lost his bid for the Republican nomination but maintains a fervent fan base.

The affair was a last hurrah of sorts, since Paul and his backers are unlikely to be heard much during the convention. He has about 160 of the 2,286 delegates, hardly enough to force fights over the party platform. His son Rand, a U.S. senator from Kentucky, is expected to speak during the prime time sessions, but the Pauls have had virtually no influence on Romney’s plans or policies.

So his supporters gathered Sunday, and sent the words that many are unlikely to back Romney in the fall unless they see him move closer to Paul’s views. “I can’t support anyone who supports a foreign policy that basically hasn’t changed since World War II,” said Pierce Giboney, a railroad worker from Jacksonville.

Many Paul backers decried the foreign policy views of Romney and Obama; Paul wants the U.S. to only send troops into conflict with a clear mission and a declaration of war by Congress. At one point, the hall rocked to Edwin Starr song, “War,” and its chorus of “War, what is it good for?”

Paul’s views appealed to Marine Cpl. Marcus Dandrea, who lost both his legs in combat. He served tours in Iraq and Afghanistan, and recalled how, when he joined the military five years ago at age 17, “you don’t know a lot about politics.” Now, he said, “I understand a lot more,” and appreciates Paul’s frankness. “Think about the power a president has,” Dandrea said. “He can send troops or bomb another country if he wants to. He should follow the Constitution. It was really meant to keep our nation safe.”

Others in the crowd were more eager to discuss the nation’s ailing economy. Paul wants to dismantle the Federal Reserve System and has offered specific ways of trimming $1 trillion from the federal budget next year and eliminate five Cabinet agencies.