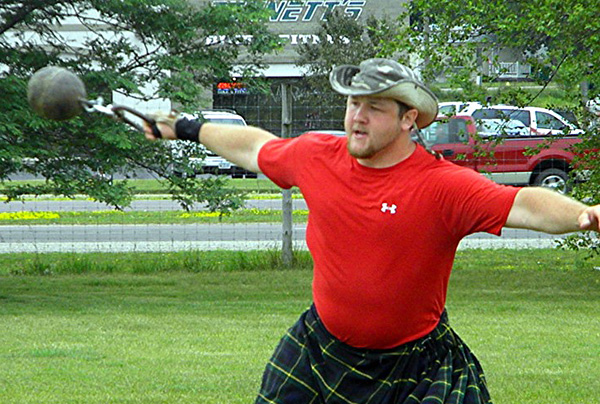 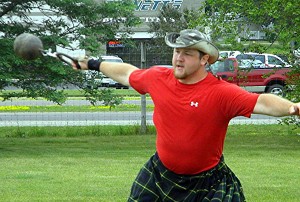 MASON CITY – The Inaugural Scottish Highland Games competition was played at the North Iowa Events Center on Saturday, June 23.  The event was open to the public with an admission price of $3.00 per person or $10 per car load.

Men and women all over the Midwest get together and enjoy the strongman competitions. The featured events were the caber toss and the stone put.

There was a concession stand that had a barbecue with hamburgers and hotdogs, plus walking tacos and snow-cones, along with drinks. All proceeds are going to the Middle School YFC Camp (North Iowa Youth for Christ). 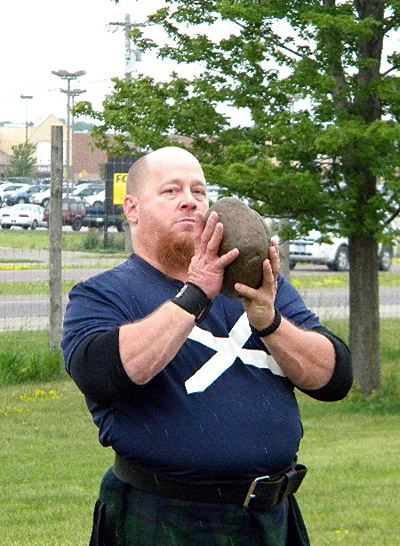 The ticket taker at the gate said, “We’d like to make these games more known around here. We are all over the Midwest, but not many know of them in North Iowa.”

There were many top athletes, including seven of the top twenty ranked amateur athletes in the United States that attended. There was also a beginner class for those competing for the first time.

Andy Kralle, from LaCrosse Wisconsin, said, “All the events are a test of strength, we don’t get into the endurance much.”

The stone put, is much like the shot put in High School track. They use a sixteen pound stone and toss it as far as they can. All athletes rotate around the events, doing all of them by the end of the competition.

The men and women dressed in the traditional Scottish attire. 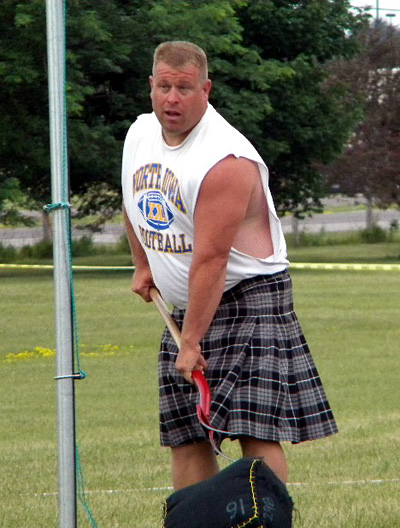