Clark has notched a double-double in her third straight game.

Clark extended her streak of scoring in double figures an astounding 71 games, which is a NCAA Division I best.

Clark has netted a 3-point basket in 38 straight games. She has hit at least one 3-pointer in 79 career games.

It was Iowa’s third victory of the season when trailing at half.

Iowa improved to 2-0 this season in games that went to overtime.

Iowa’s last two wins at the Breslin Center have come in overtime. (2018)

McKenna Warnock left the game with a hip injury. She is day-to-day.

UP NEXT
The nationally ranked Hawkeyes are set to travel to No. 2/2 Ohio State on Jan. 23. Tip-off in Columbus is set for 6 p.m. (CT) inside Value City Arena in the Schottenstein Center. The game will broadcast on ESPN2 and the Hawkeye Radio Network. 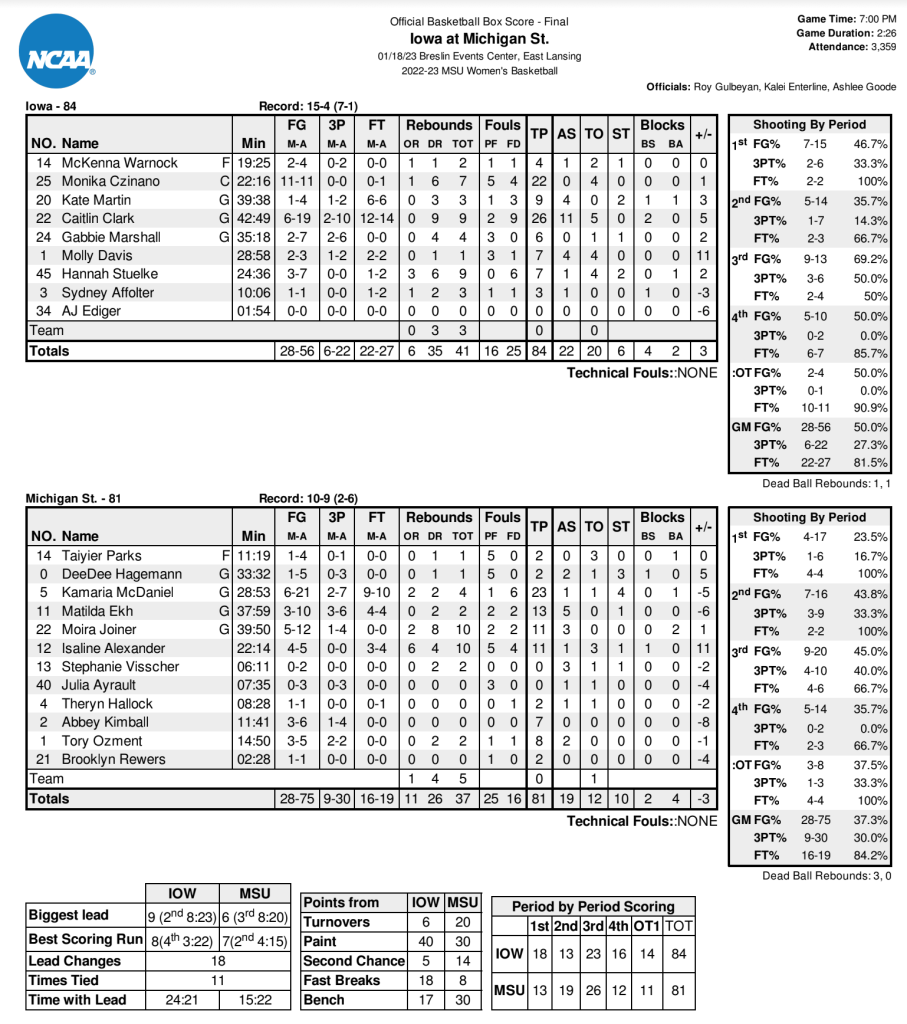