This news story was published on November 27, 2016.
Advertise on NIT • Subscribe to NIT 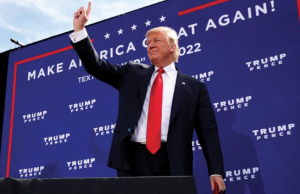 The people have spoken and the election is over, and as Hillary Clinton herself said on election night, in addition to her conceding by congratulating me, ‘We must accept this result and then look to the future’.

“It is important to point out that with the help of millions of voters across the country, we won 306 electoral votes on Election Day – the most of any Republican since 1988 — and we carried nine of 13 battleground states, 30 of 50 states, and more than 2 600 counties nationwide – the most since President Ronald Reagan in 1984.

“This recount is just a way for Jill Stein, who received less than one percent of the vote overall and wasn’t even on the ballot in many states to fill her coffers with money, most of which she will never even spend on this ridiculous recount. All three states were won by large numbers of voters, especially Pennsylvania, which was won by more than 70,000 votes.

“This is a scam by the Green Party for an election that has already been conceded, and the results of this election should be respected instead of being challenged and abused. which is exactly what Jill Stein is doing ”