RURAL HAMILTON COUNTY, IOWA – You don’t need to drive 7 hours or more to smell a hog confinement in Northern Iowa.

Outside Mason City, heading east toward Nora Springs and into Floyd county, the stench hangs in the breeze. It’s right outside Mason City, and elsewhere, to be sampled, despite what a deranged, inept, perhaps corrupt city council person says.

Further south, a 10 minute diversion off of Highway 20 south from Webster City brought more proof. Driving by the very first hog confinement encountered on a gravel road in this rural Hamilton county not far from Highway 17, was a thick, heavy aroma of hog waste. This big confinement with a beat up house outside offered up two huge, bloated hogs laying outside the door to the confinement. They looked like they had been dead for days.

Driving away, one could not help but notice confinements every mile or so, maybe less. One, two, three buildings, typically. Some smell here and there. They are tucked back in fields along gravel roads, not many people around at all.  Some had a home nearby, and a lot of them weren’t kept well.  Some were very nice.

Back on Highway 20 heading to Interstate 35, a large semi pulling a trailer full of hogs was encountered.  Hogs were stuffed inside, crawling on top of each other; it was a tight fit.  They could be very clearly observed bunched inside, ears cut, snouts and faces pressed against the inside of the trailer.  It, too, had a distinctive aroma.

NIT is told that at these hog confinements, the dead hogs are commonly rounded up and put in a pile and then left outside until someone comes to pick them up; sometimes they are taken to a “rendering house” to be turned into … something, perhaps dog food.  There’s a big Purina plant in the middle of Fort Dodge, some of them might tend up there.  You can see an example in the above photo, sent by an NIT reader, of a confinement near Clarion, Iowa.  This is rumored to be a potential landing spot for Prestage Foods, since it was rejected in Mason City.

One strong opponent of the Prestage Foods plant for Mason City tells NIT that despite fears to the contrary from opponents to the development, Prestage Foods is “permanently gone from Mason City, thanks to Ron Prestage.  He cooked his own goose.  He continues to say North Iowa is home to ‘kooks and racists.’  He’ll never be welcomed back here, ever.” 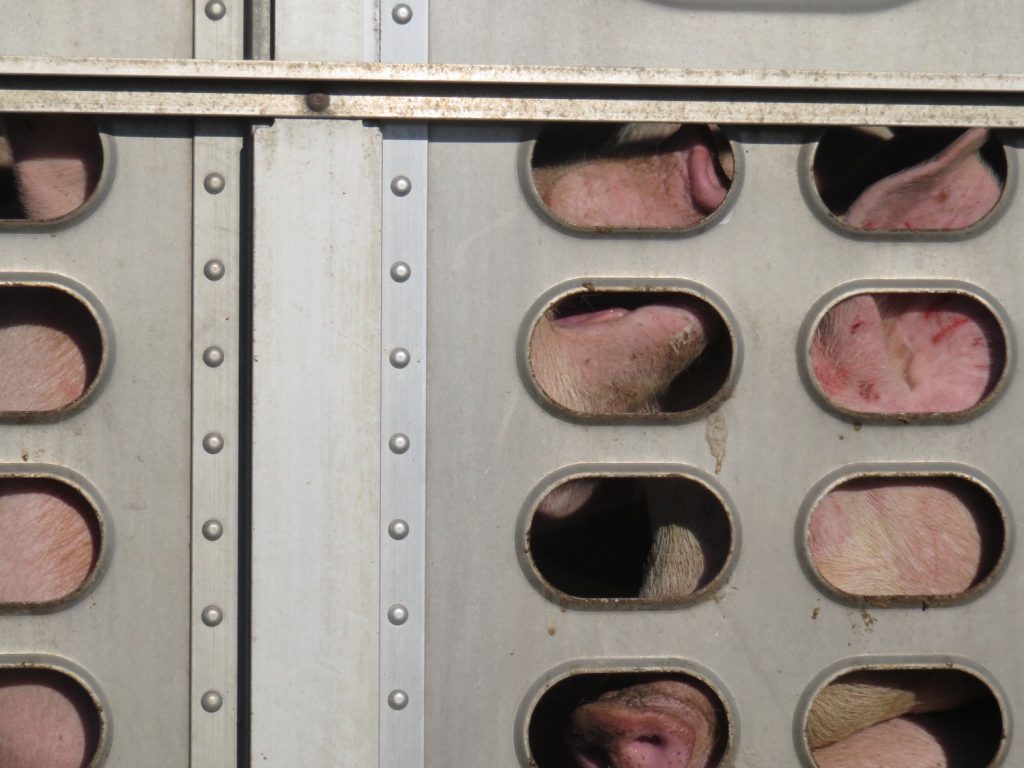 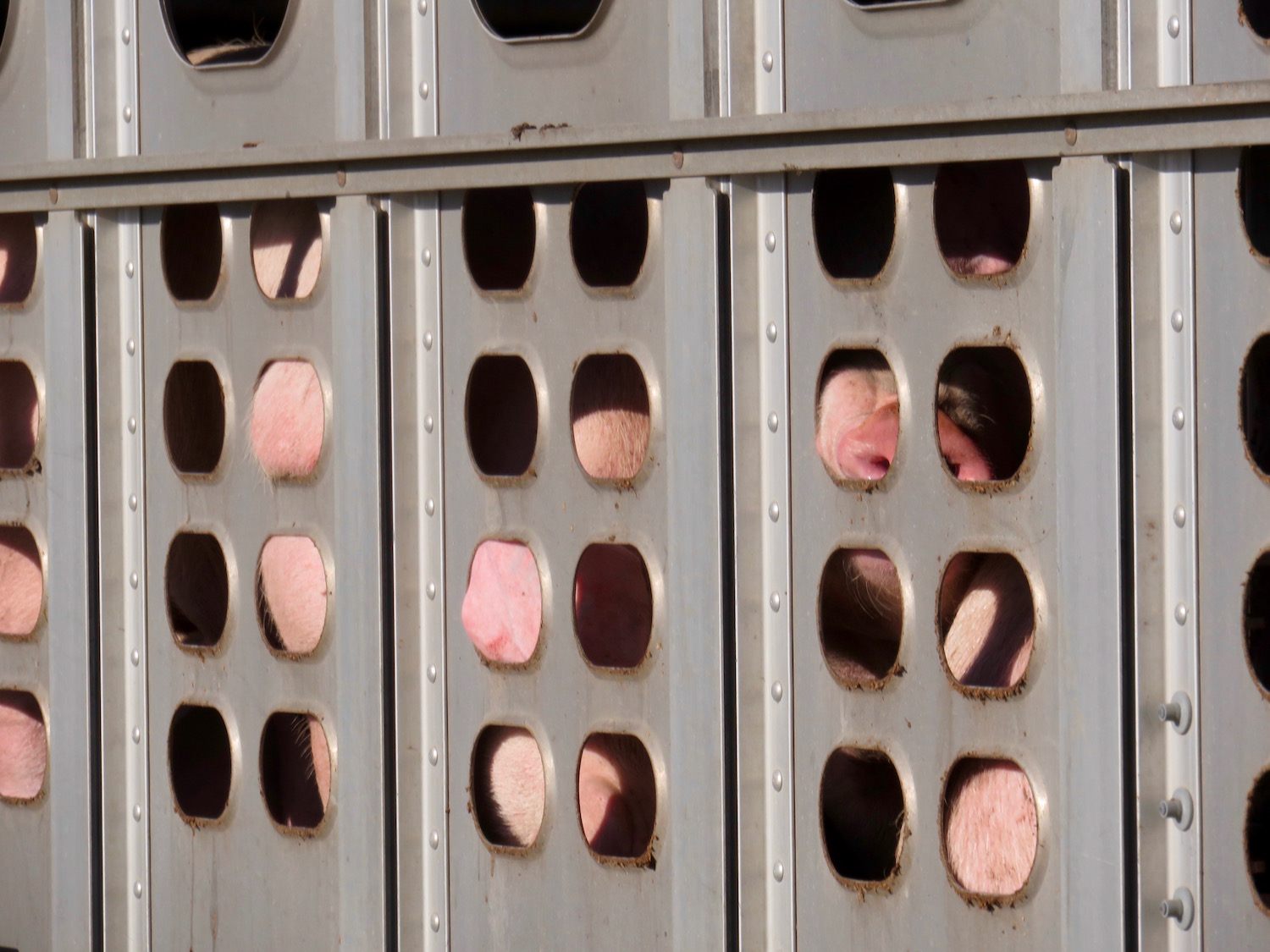 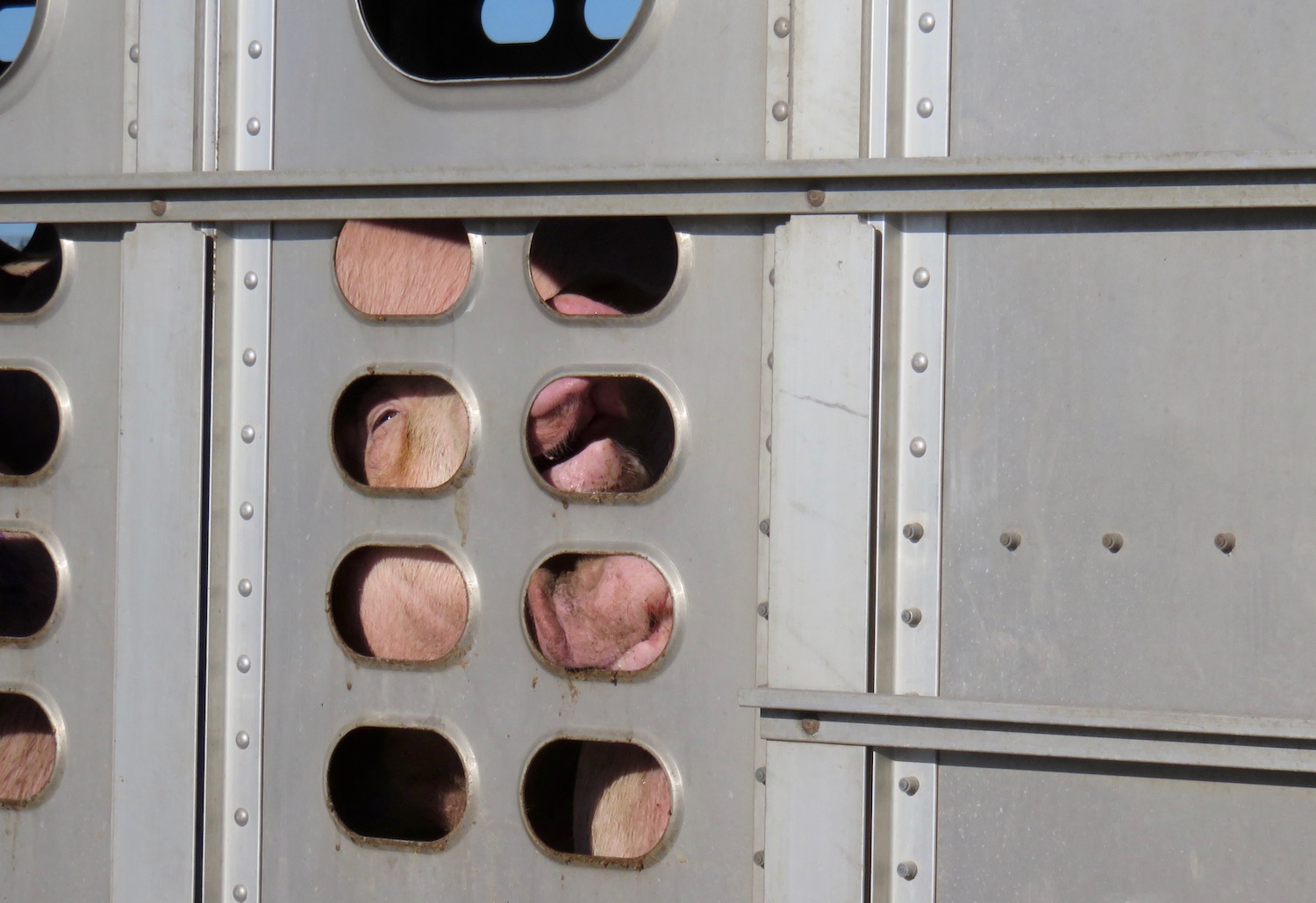 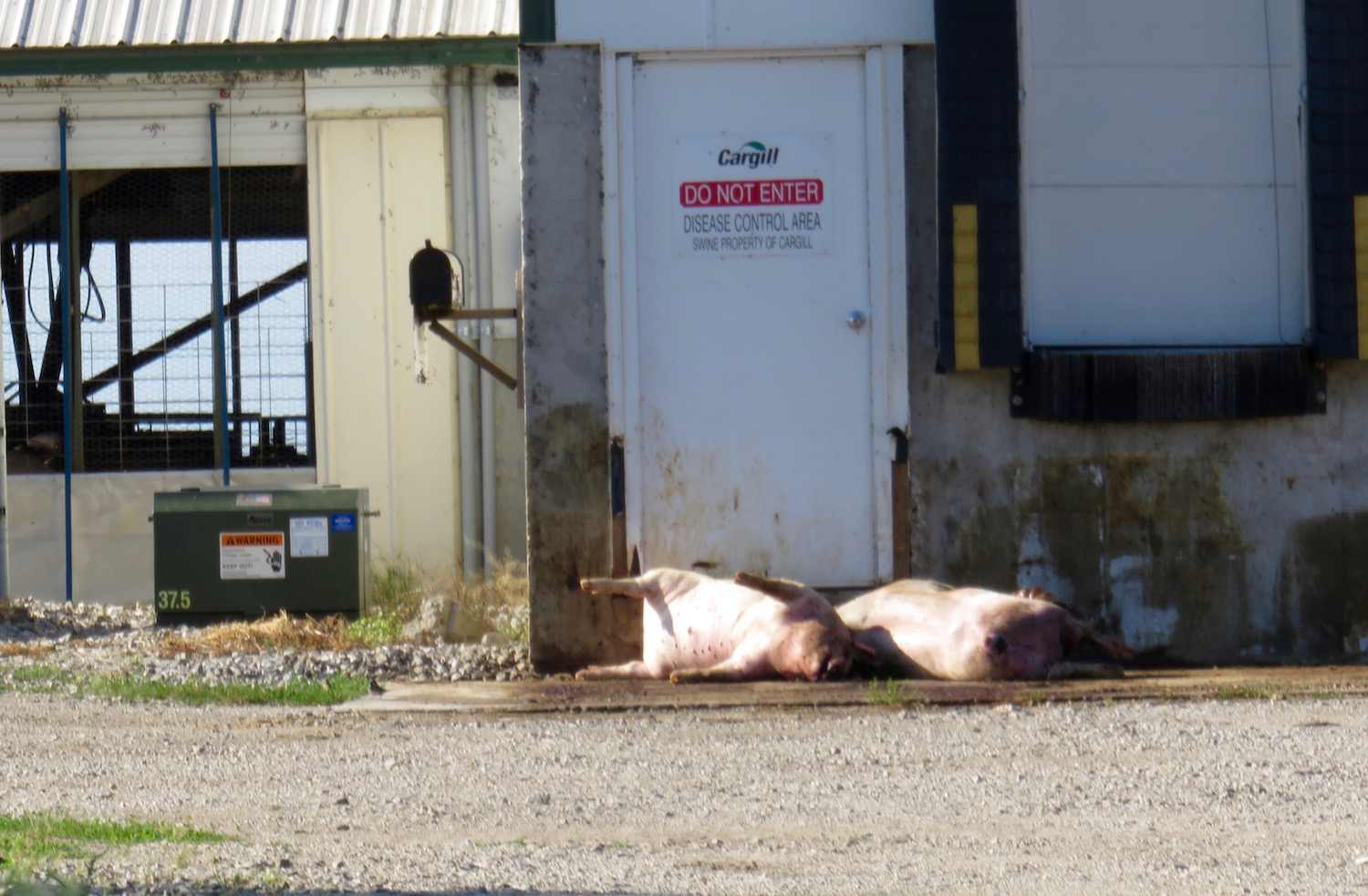