MASON CITY – Thanks to the court system and the Beje Clark halfway house, a Hampton crook who victimized folks all over the region is moving to Mason City to live amongst us.

Eugene Alan Sikora, age 30 of Hampton, recently pled guilty to third-degree burglary, a class D felony, stemming from an incident investigated by the Hancock County Sheriff’s Office on December 13, 2015. The court sentenced Sikora to serve up to five (5) years in prison and pay a fine of $750.00, plus court costs, surcharges, victim restitution, and attorney fees. The court suspended the prison sentence and fine and placed Sikora on probation for three (3) years under supervision by the Department of Correctional Services. As a condition of probation, the court placed Sikora at a residential correctional facility for up to six (6) months.

Turns out, that “residential correctional facility” is the Beje Clark halfway house. Sikora is now in the Cerro Gordo county jail awaiting bed space at Beje. You will likely soon see him walking the streets of town and maybe even cooking your chicken or hamburgers at a local fast food joint.

Sikora also pleaded guilty to forgery after he was charged by Mason City police for an incident in November of 2015. He received suspended sentences in that case and was placed on probation. 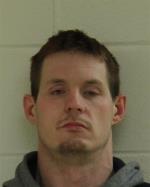