School district spending millions on bricks and mortar, but what is end product? 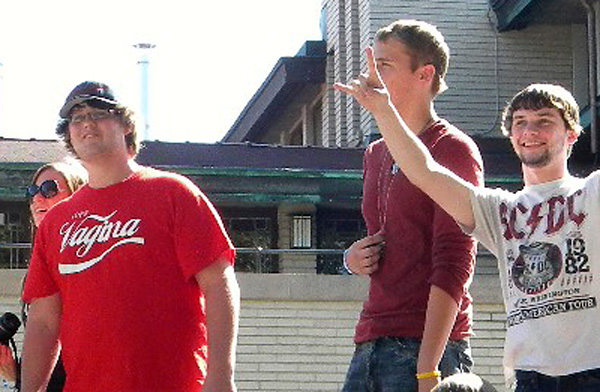 MASON CITY – As the Mason City School District completes a multi-year upgrade of school facilities in Mason City, tearing down landmark schools and replacing them with shiny new ones, have school leaders taken their eyes off the real prize, the students?

Of course, as they do year after year, our schools graduate some great kids.  Some might say many of these kids are winners who would succeed no matter what the schools do.

Other kids need more help to succeed, and that’s where one would hope that attention and direction from their mentors at school would step in and help make these students the successes they should be.

Right now, and for the last few years, our school district leaders (administrators, teachers and coaches) have been preoccupied, many say, with the logistics of coordinating the building of new schools and moving kids around, changing bus routes, lunch routines, opening and closing school buildings, and countless other details.

Some are saying the focus hasn’t been on the kids, that perhaps they have been overlooked.

Some are pointing to the dress code, for example, that the schools are now (finally) enforcing, perhaps at random.

A couple weeks ago, the High School one day decided to strictly enforce the code.  Some students at the High School were placed on in-school suspension until their clothing, which school administrators said violated their dress code policy, could be changed.  Some parents brought a change of clothes to the school so their students could change.  There were some upset kids.  But, it seemed the school would strictly enforce the policy.

However, at the homecoming parade, youngsters that appeared to be students were wearing shirts that may have clearly violated the dress code (see photo), defined as: “Students who wear attire advertising products which are illegal or hazardous to one’s health or which display messages containing sexual innuendos or create a hostile learning environment will be removed from school until appropriate clothing is displayed.”

(Question: Why would any teacher, coach or administrator (or parent, for that matter) allow a kid to attend a school function with a shirt that says “enjoy vagina” on it?)

Later, after the Mohawk football team fell to 0-5 Friday night, it was said that students were roaming the parks and back yards all over the city, as they have for years, engaging in nocturnal activities.

Today, parents informed NIT that dozens of students abruptly left the homecoming dance last night after being told that they could not “grind” while dancing at the school function.

Now, it is great to see the school stepping up in these small ways to set an example and show leadership (enforcing dress code, albeit at random, and banning of “grinding” at the dance) but is it enough?

One would like to see the school leadership stepping up in bigger ways to make the school kids of Mason City a success at all levels and all areas, including academics, the arts and athletics.  Are the administrators, teachers, and coaches doing all they can to make our kids winners, or are they only now putting an emphasis on being the leaders and mentors they ought (and are paid) to be?

When will our school district leaders realize that better, more long-term programs need to be implemented, for example in football, to make our student-athletes competitive?

Now that the end of the school reconstruction projects is nearing, perhaps our school district administrators, teachers and coaches can get together and start formulating plans to bring the focus back on the students so more of them can become successful while they are students and later as adult citizens.