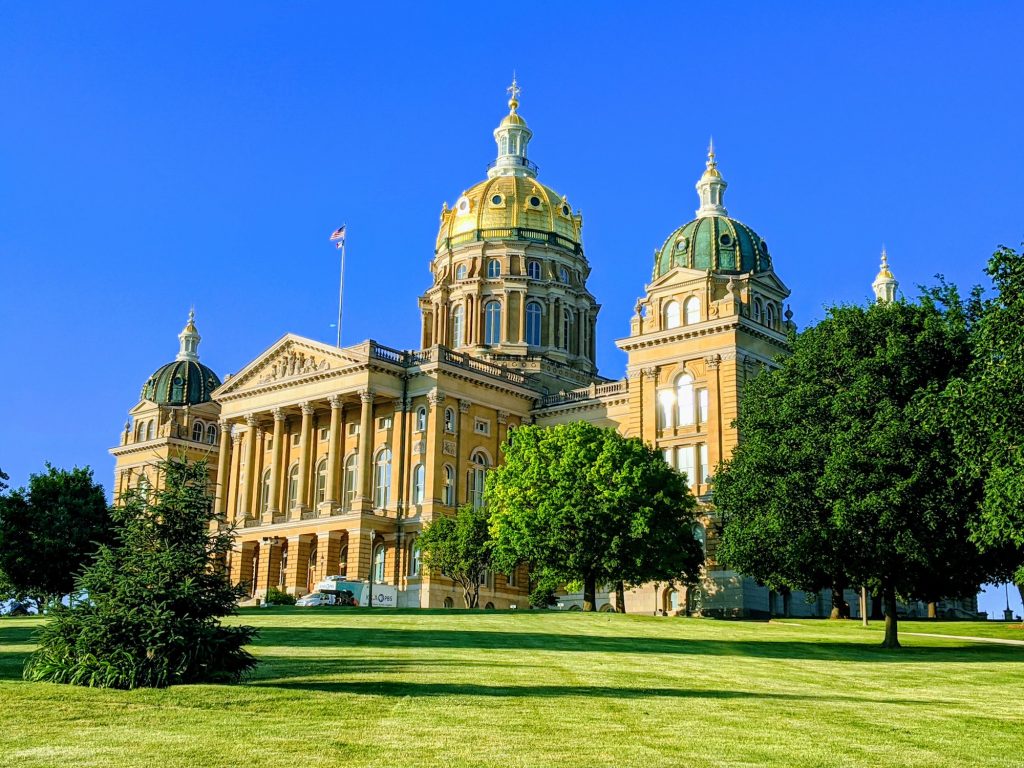 DES MOINES - Iowans flooded the state Capitol last week to complain (or some to show support) for tax dollars flowing to vouchers for private schools, and Governor Kim Reynolds is offering a letter of explanation to citizens on the matter.

DES MOINES – Iowans flooded the state Capitol last week to complain (or some to show support) for tax dollars flowing to vouchers for private schools, and Governor Kim Reynolds is offering a letter of explanation to citizens on the matter.

A strong education system is foundational to Iowa’s future, which is why school choice continues to be a priority of mine and of families across our great state.

I believe in Iowa’s public schools. Kevin and I are both products of public education. It’s the choice we made for our daughters, and it’s the same path they’ve now chosen for their own children. One of our daughters is even a public school teacher.

School choice is not an anti-public-school movement. It’s pro-education, pro-student, and pro-family. And it has the potential to elevate education statewide for every student in Iowa.

As Governor, I’ve increased education funding year over year. In fact, under Republican leadership, it’s grown by more than $1 billion since fiscal year 2012. And rightfully so.

Iowa’s education system is a worthy investment. But the time has come to put those dollars to work differently and deliver a bigger return for Iowans. I believe we’ll do exactly that by putting students first.

Opponents argue that public dollars belong to public schools. I see it differently. Every dollar in Iowa’s general fund was earned by hardworking, tax-paying Iowans. It’s their money and it should be used for the good of the people. In the case of education, for the good of all students.

The Students First Act proposes that “per pupil funds” — $7,598 per student next school year — which now cover a portion of the cost to educate public school students exclusively, would also be available for students who choose to attend accredited private schools. Today, that’s about 34,000 students, just six percent of all K-12 students statewide.

Iowa’s public school districts will continue to receive state funding for the students they educate at the same level they do now. Together with other local, state and federal funds, public schools get more than $17,000 total per student. With the Students First Act, districts will also receive $1,205 in categorical funding for every student who lives in their school district but attends a private school. That’s new money for students they won’t even teach.

It also allows public school districts the flexibility to use unspent and ongoing funds for teacher leadership and compensation, professional development, and talent and gifted programs to supplement teacher salaries instead. Today, there’s nearly $100 million in these funds that remains unused, and nearly $250 million is allocated to them annually.

To be clear, the Students First Act will not cut public school funding as opponents of this bill claim. And it won’t result in families fleeing public schools. For most Iowa families, a public education will continue to be their first choice. But for families who otherwise can’t afford a private school that may be a better fit for their children, it makes new opportunities attainable.

We’ve already demonstrated that state-funded school choice works in Iowa. The state’s voluntary preschool program for 4-year-olds has been making a difference for Iowa families since 2007, and the Iowa Tuition Grant program makes our private colleges and universities more affordable for Iowa students.

But K-12 students have been left out. It’s time to change that.

Putting students first will help young Iowans reach their potential. And that’s a worthy investment in our future.