This news story was published on April 11, 2011.
Advertise on NIT • Subscribe to NIT 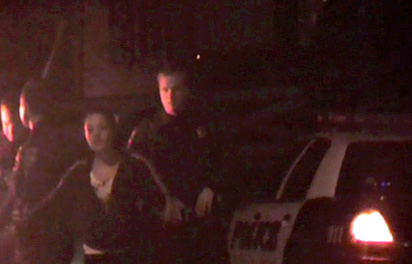 MASON CITY – A wanted Mason City man was snared by cops this weekend.

Jared Kropf was arrested in Mason City on Sunday night for a parole violation. Kropf has been in the news recently for allegedly being a part of a brawl last week that left two Mason City men injured. Video included.

At about 9:30 PM Sunday, an eyewitness contacted NorthIowaToday.com saying an arrest was underway at Seventh Street SE and South Penn Ave in Mason City.

The eyewitness told NorthIowaToday.com that up to six Mason City police cars had converged on a small white car with a man and a woman inside. The eyewitness said that Jared Kropf was the man inside the car and that police were attempting to coax him out of the vehicle. Police had pistols and shotguns pointed at the car and were yelling the name “Jared.”

“The cops were flying around that neighborhood without their lights on for a minute or two before they all caught up with the white car,” the eyewitness said.

Police had the man in cuffs and in a squad car and drove away, while the young woman seemed to be let go, as she left the scene in the white car.

NorthIowaToday.com confirmed with police the identity of the man that was arrested as Jared Kropf. The woman appeared to be Jelisa Swain, who Kropf lists as his girlfriend on his Facebook page.

Kropf has been in the news recently for allegedly being a part of a brawl last week that left two Mason City men injured. Kropf was arrested for that incident and charged with willful injury, a class “c” felony.

According to the Cerro Gordo County outstanding warrant list, Kropf is wanted for a parole violation. It was not immediately clear why Kropf was let go from the earlier arrest if he was on parole. 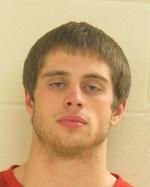 Watch video at the scene: