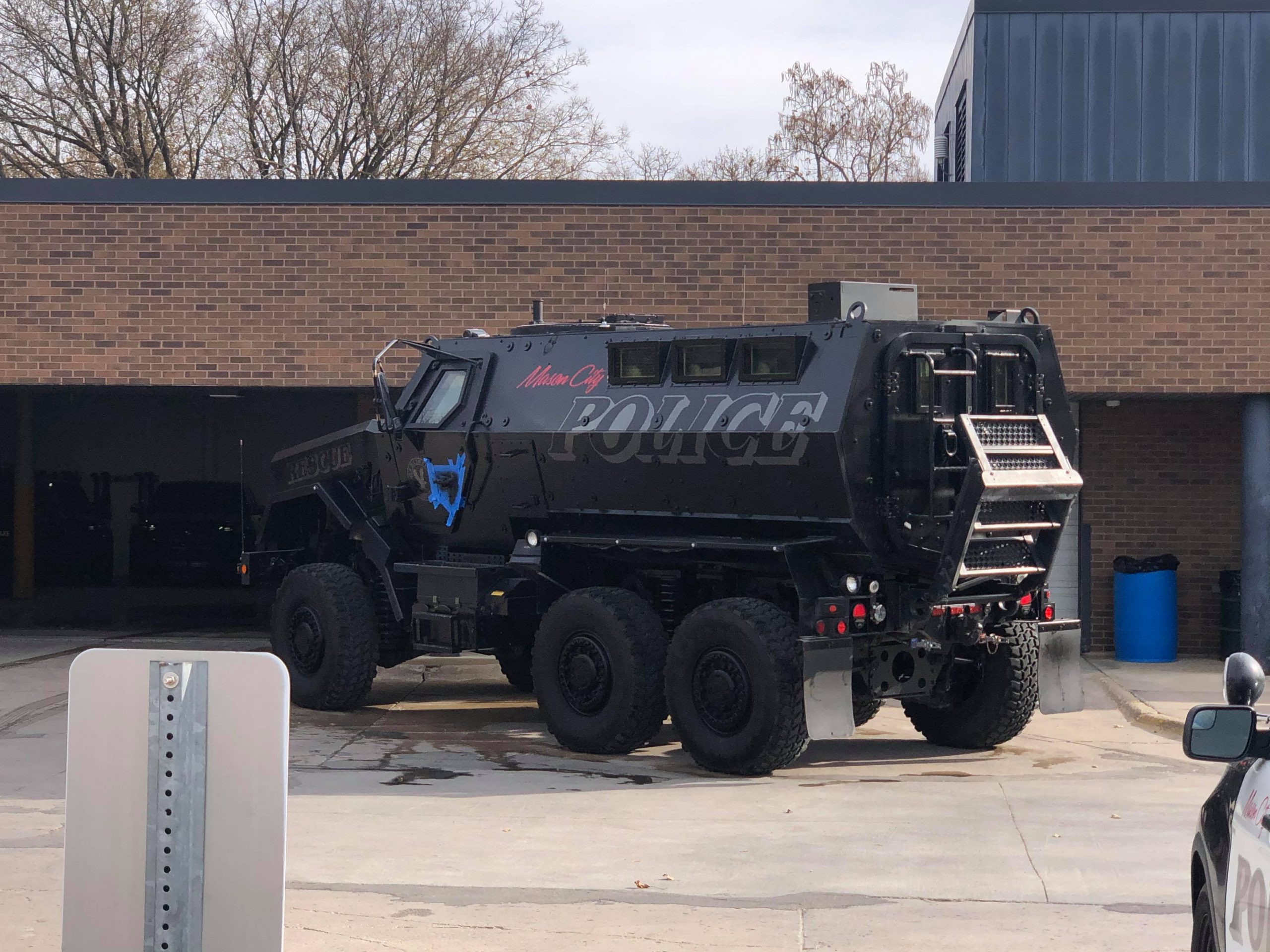 MASON CITY – Mason City police have a snazzy Mine-Resistant Ambush Protected vehicle (MRAP) ready and waiting should local crooks get too cocky, but is it truly needed?

Police Chief Jeff Brinkley told NIT that the Mason City police department picked up the MRAP in 2014 from the military under Chief Lashbrook.

“It is one of five units around the state and are available for use by other agencies, simply by reaching out to us,” Chief Brinkley told NIT. “The idea behind the program was to divert unused military equipment to local law enforcement agencies in order to protect local law enforcement – and their communities.”

Chief Brinkley explained that the MRAP – decked out with the Mason City police logo –  “is currently used in support of the NCINTF Special Operations Group (SOG) in tactical operations. We have used it in floods and supported the Iowa State Patrol in an incident last year with the pursuit of an armed subject on Interstate 35. It is designed for hostage or officer rescue as its primary mission. It has capabilities that no other vehicle has in terms of getting through snow and water. We have a small group of officers specifically trained to operate the vehicle. The AMRAP was painted and upfit with emergency lighting and communications equipment after it was delivered to MCPD.”

Some communities are questioning the possible militarization of police and the image it conveys – strong policing, perhaps.  Just this week, according to an article in the Iowa City Press-Citizen, that community is considering getting rid of their MRAP vehicle after a “local civil rights activist group the Iowa Freedom Riders demanded the city stop using it, citing its traumatic impact on residents.”

Ongoing costs to keep up the MRAP weren’t available, and there was no known community aversion to the vehicle in Mason City.