CEDAR RAPIDS – An illegal alien who was caught drunk driving in Iowa has been sentenced to four months in prison for illegally returning here following deportation.

Amador Artiniega-Reyes, age 38, a citizen of Mexico illegally present in the United States and residing in Cedar Rapids, Iowa, received the prison term after a January 3, 2018, guilty plea to one count of illegal reentry into the United States.

Artiniega-Reyes is being held in the United States Marshal’s custody until he can be turned over to immigration officials. 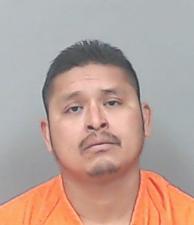