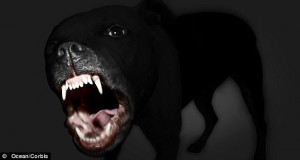 FORT DODGE – A vicious pit bull attack in Fort Dodge left two men seriously injured and the dog dead after it was shot.

According to the Fort Dodge police department, on Thursday, April 16, 2015 at approximately 7:55 PM, the Webster County Communications Center received a call in regards to an 18-year-old male who had been bitten by a dog. The individual took himself to Trinity Regional Medical Center – Unity Point. It was determined that the individual had sustained an injury to his upper leg resulting from a dog bite from a pit bull.

As per the Fort Dodge City Animal Control Ordinance, a dog that bites an individual is to be taken into custody for a period of time for evaluation. To do so, Animal Control is required to contain and take possession of the dog, and transport it to a safe facility.

The dog died as a result of the gunshot and was transported to a local veterinary clinic. The dog will then be transported to Iowa State University for rabies testing as a precautionary measure. The Fort Dodge Police Department was assisted by the Webster County Sheriff’s Office, the Fort Dodge Fire Department, and Trinity Regional Medical Center – Unity Point.