CLEAR LAKE – A Mason City man accused of stealing thousands of dollars from a struggling Clear Lake restaurant before it closed for good has had his trial canceled and a plea hearing is now scheduled.

The Denny’s restaurant located at 2411 Highway 18 East in Clear lake closed on or about September 14. Just two days prior, on September 12, the area manager for Denny’s contacted Clear Lake police to report a loss of money from the business.

After an investigation, Clear Lake police arrested and charged 50-year-old Rufus Manuel of Mason City with second degree theft, a class D felony, for the theft of money taken from the Denny’s restaurant. The dollar amount taken was over $1,000 but less than $10,000.  Manuel was employed at Denny’s for a number of years and was at times in charge of the restaurant.

Earlier this month, judge Annette Boehlje announced a plea hearing for January 22 and the jury trial was canceled. Manuel could face up to five years in prison. 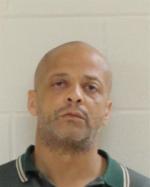