Felon is singing the blues for pawning stolen guitar

This news story was published on January 6, 2014.
Advertise on NIT • Subscribe to NIT

MASON CITY – A convicted Mason City felon is in jail for allegedly pawning a stolen guitar.

According to police, Bakkum is accused of pawning a stolen guitar at a pawn shop. The guitar was stolen from a Mason City residence shortly before December 1, 2013.

“The value of the guitar was over $1000 so he was charged with 2nd Degree Theft,” officer Mike McKelvey explained Monday. “The 2nd Degree Theft charge includes exercising control over property which a reasonable person should / would know to be stolen.”

Bakkum plead guilty to felony D forgery in 2010 and still owes Iowa courts hundreds of dollars in costs and charges, although Judge Colleen Weiland was kind enough to dismiss a $750.00 fine. 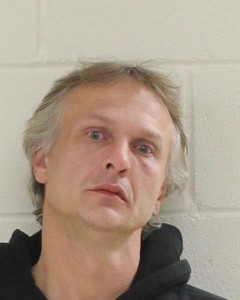