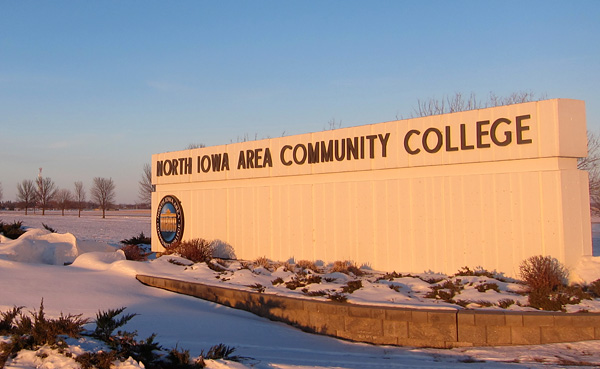 MASON CITY – North Iowa Area Community College has been awarded federal funding to continue as sponsor of the Retired Senior Volunteer Program (RSVP) of North Central Iowa.
The Corporation for National and Community Service (CNCS) recently announced the award as part of more than $14 million in federal funding to support organizations and nonprofits nationwide.

RSVP of North Central Iowa recruits the experience and talents of volunteers 55 and older to serve primarily in school literacy programs throughout its four-county service area that includes Cerro Gordo, Hancock, Winnebago and Worth counties. Volunteers work one-on-one with students who are not reading at grade level.

“We are excited to be able to continue as the sponsor for RSVP of North Central Iowa,” NIACC President Dr. Debra Derr said after the awards were announced. “The literacy support that RSVP volunteers provide to students is critical to those students succeeding in school and succeeding in life. Area elementary and middle schools in North Central Iowa are stronger because of the generous commitment of time and talents by these volunteers.”

RSVP has been sponsored by North Iowa Area Community College since 2009.

“NIACC has proven to be an excellent sponsor for RSVP,” Molly Anderegg, RSVP Director, said. “The goals of this program align well with the college’s mission and core values. NIACC is supportive and we appreciate its leadership.”
During the 2011-2012 school year, 182 RSVP volunteers served 3,969 hours in 16 elementary and middle schools in North Central Iowa. That service is valued at more than $68,000 based on the Independent Sector estimated value of volunteer time in Iowa. Nationwide in 2012, 320,000 RSVP volunteers delivered more than 47 million hours of service in their communities.

In addition to federal funds, RSVP also receives funds from the State of Iowa, United Way of North Central Iowa, and the four county governments in its service area.
The federal awards went to 205 organizations in 35 states. The funds were awarded as part of the first grant competition since 1971 for RSVP, one of three Senior Corps programs administered by CNCS.

“Today, more than ever, communities need the talents and skills of all citizens to help solve our most pressing challenges,” said Wendy Spencer, CEO of CNCS. “Americans age 55 and over are a powerful resource to help communities achieve real change. These new RSVP grants will provide the bridge to connect seniors to meaningful service opportunities, so that they may deliver the enormous social and economic benefits we know are good for our nation.”

Established in 1971, RSVP engages Americans age 55 and older in volunteer opportunities across the country, allowing citizens to be a part of the solution to community challenges. While serving, RSVP volunteers also improve their own lives by staying active and civically engaged.

Senior Corps is a program of the Corporation for National and Community Service, the federal agency for volunteering and service. CNCS engages more than 5 million American of all ages and backgrounds in service each year through its Senior Corps, AmeriCorps, Social Innovation Fund, and Volunteer Generation Fund programs and leads President Barack Obama’s call to service, United We Serve. For more information, visit nationalservice.gov.