This news story was published on September 30, 2021.
Advertise on NIT • Subscribe to NIT

CEDAR RAPIDS – A man who was shot in the ankle during a shootout at a liquor store in Waterloo, Iowa, was sentenced today to two years in federal prison.

Demitrius Cannon, age 35, from Waterloo, received the prison term today after an April 21, 2021 guilty plea to one count of being a felon in possession of a firearm.

Evidence at prior hearings showed that Cannon engaged in a shootout with Charles Ware at a liquor store in Waterloo during the early morning hours of September 25, 2020. During the shootout, Cannon was shot in the leg and bullets went through multiple nearby windows. Cannon was admitted to the hospital for his injuries and is currently confined to a wheelchair. The judge at sentencing described the scene as reminiscent of the Wild West. Cannon had previously been convicted of felony possession with intent to distribute crack cocaine in Wisconsin in 2003. Ware, whose criminal history included 30 adult convictions, was previously sentenced to 90 months’ imprisonment.

Cannon was sentenced in Cedar Rapids by United States District Court Judge C.J. Williams. Cannon was sentenced to 24 months’ imprisonment. He must also serve a three-year term of supervised release after the prison term. There is no parole in the federal system.

Cannon is being held in the United States Marshal’s custody until he can be transported to a federal prison.

The case was investigated by the Waterloo Police Department and Bureau of Alcohol, Tobacco, Firearms and Explosives, and prosecuted by Assistant United States Attorneys Jacob Schunk and Dan Chatham. 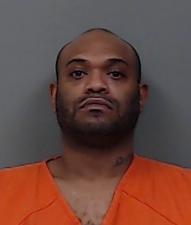