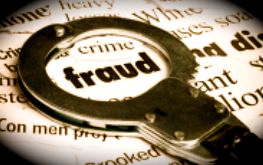 CEDAR RAPIDS – On Monday, March 30, 2015, a former director of the Clarke University bookstore in Dubuque, Iowa, who used a fictitious book supply company to falsely bill the University for more than $300,000.00, was sentenced to 57 months in prison in federal court in Cedar Rapids. James Spaulding, age 35, from Longmont, Colorado, was convicted of one count of mail fraud and two counts of filing false tax returns.

On Tuesday, March 31, 2015, Spaulding’s friend and co-conspirator from Concord, New Hampshire, Thomas DeFelice, age 38, pled guilty to conspiracy to falsify corporate and personal tax returns in relation to falsely reporting the income from the fraud.

Spaulding was sentenced in Cedar Rapids by United States District Court Chief Judge Linda R. Reade. Spaulding was sentenced to 57 months’ imprisonment. A special assessment of $200 was imposed, and he was ordered to make $318,900.55 in restitution to Clarke University. He must also serve a three-year term of supervised release after the prison term. There is no parole in the federal system.
Spaulding is being held in the United States Marshal’s custody until he can be transported to a federal prison.

The cases are being prosecuted by Assistant United States Attorney C.J. Williams and was investigated by the Dubuque Police Department and the Internal Revenue Service Criminal Investigation Division.