CEDAR RAPIDS – A man who re-entered the United States illegally after being removed as a felon was sentenced today to thirteen months in federal prison.

Manuel Reveles-Martinez, age 33, a Mexican citizen living in Cedar Rapids, Iowa, received the prison term after a September 15, 2014, guilty plea to one count of illegal re-entry as a felon.

At the guilty plea, Reveles-Martinez admitted he re-entered the United States without permission after being removed from the country on November 8, 2013. On July 10, 2014, Reveles-Martinez was arrested in Cedar Rapids by agents with Immigration and Customs Enforcement. Reveles-Martinez had previously been convicted of operating while intoxicated (OWI) five times, including OWI third offense, a felony, in 2006.

Reveles-Martinez is being held in the United States Marshal’s custody until he can be transported to a federal prison.

The case was prosecuted by Assistant United States Attorney Daniel C. Tvedt and investigated by Immigration and Customs Enforcement, Enforcement and Removal Operations. 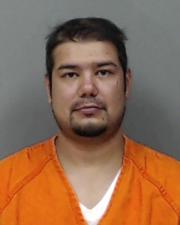