CEDAR RAPIDS – A man who sold crack cocaine out of his Dubuque, Iowa candy store was sentenced today to just under 6 years in federal prison.

Dwayne Howard, 36, from Dubuque, received the prison term after an October 6, 2014 guilty plea to one count of distribution of crack cocaine near a playground.

In a plea agreement, Howard admitted he sold crack cocaine to an undercover police officer on multiple occasions in January and February 2014. All but one of the sales took place inside his business, “Wayne’s Candy.” According to information disclosed at the sentencing hearing, the candy store was located at 1965 Central Avenue in Dubuque. While Howard maintained the candy store also served a legitimate function, he admitted that he used drug money to fund the business and used his store inventory to facilitate his drug sales. For instance, during two of the undercover purchases, Howard told the undercover officer to take items from the shelf in order to make the transaction look “legit.” Investigators noticed that the business did not maintain normal business hours, and bank records showed that the business carried a $5.00 bank account balance. During a search of the business, investigators discovered little to no money in the cash register. The candy store was located within 1,000 feet of two separate playgrounds.

Howard was sentenced in Cedar Rapids by United States District Court Chief Judge Linda R. Reade. Howard was sentenced to 71 months’ imprisonment. A special assessment of $100 was imposed. He must also serve a 6-year term of supervised release after the prison term. There is no parole in the federal system.

Howard is being held in the United States Marshal’s custody until he can be transported to a federal prison. 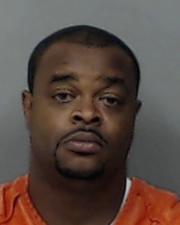