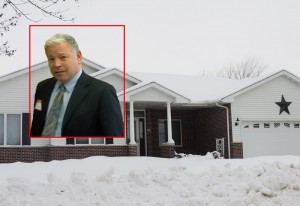 MASON CITY – The son of city administrator Brent Trout has pleaded not guilty to a municipal infraction for hosting a party with underage drinking and a charge of unlawful consumption of alcohol.

Tyler Trout, age 18, was charged on February 22 with a municipal infraction for social host and issued a criminal citation for unlawful consumption of alcohol. Police were dispatched for a disturbance at 10 Granite Court – a house owned by Brent Trout – after a possible underage party was reported at that address. Three juveniles were arrested at the location and a total of five adults were also cited.

Tyler Trout is represented by former Mason City city attorney Tom Meyer, who has returned to Mason City and started a private law practice.  No new court date has been set, records show.

The other adults charged, Gannon Seeck, Kyle Peterson, Andrew Dolphin and Shay Trytten also all had court dates Friday, but records were not immediately updated for any of those individuals.