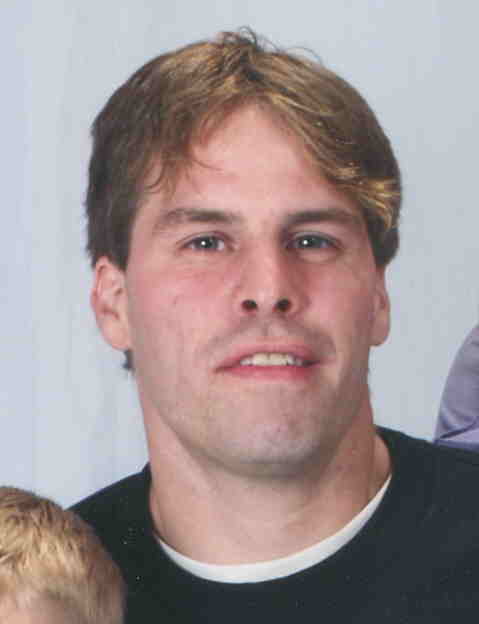 Memorial services will be held at 11:00 am Saturday, January 21, 2012 at Holy Family Catholic Church, 714 N. Adams, Mason City. Officiating will be the Rev. Kenneth Gehling. Visitation will be from 4:00 until 8:00 pm Friday at Fullerton Funeral Home, 123 2nd ST. SE, Mason City. A Rosary will be said at 7:00 pm followed by a wake service at 7:30 PM. The family will be keeping Mick’s cremated remains. Those planning an expression of sympathy may wish to consider memorials to the Michael Kulish memorial fund. Condolences may be shared with the family at www.Fullertonfh.com. A time for stories and food will be held following the funeral service at the church.

Michael David was born on November 12, 1973 in New Hampton the son of Michael D. Kulish Sr. and Cathy (Peters). He graduated from Dumont High School and then moved to Daytona Beach. Florida and graduated from AMI Harley Davidson school. Mick loved to tinker in his garage and spend time fine tuning his Shovelhead Harley. He and his wife Sonia of 13 years always looked forward to riding with friends and attending motorcycle rallies. In the winter he would switch from his Harley to snowmobiling. Mick spent some of his time off fishing and hunting, watching movies, listening to music and camping. He was a Miami Dolphin fan, much to his father’s dismay. Mick spent most of his life in the insulation business as a crew chief. He worked for Mason City Recycling, and Galbraith Recourses, and just recently began driving truck for Barkema Trucking.

His sister Michelle Kulish preceded him in death.

A private memorial gathering for family and friends will be held at her home on Sunday, January 22nd from noon until 4:00 pm. Condolences may be shared with the family at www.Fullertonfh.com.