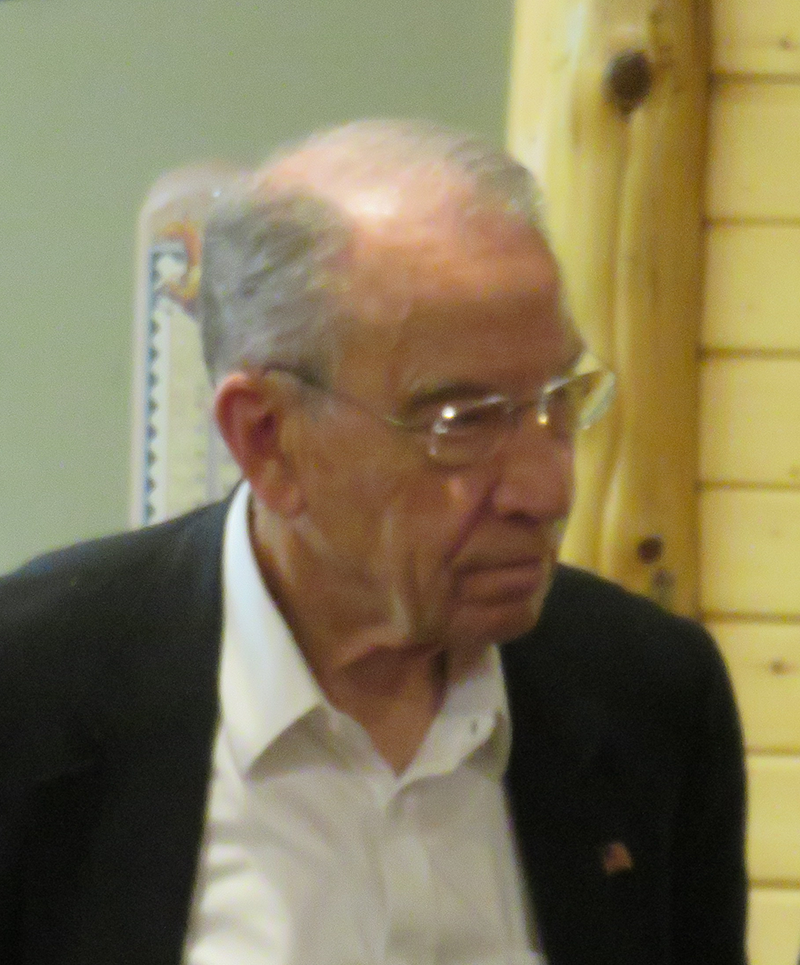 BUTLER COUNTY — Agitated by reports of President Joe Biden and the Democratic National Committee's desire to end Iowa's First-in-the-Nation Caucus in favor of South Carolina, octogenarian Senator Chuck Grassley had biting words today for his colleagues on the other side of the aisle.

BUTLER COUNTY — Agitated by reports of President Joe Biden and the Democratic National Committee’s desire to end Iowa’s First-in-the-Nation Caucus in favor of South Carolina, octogenarian Senator Chuck Grassley had biting words today for his colleagues on the other side of the aisle.

“I believe the Democratic National Committee is on its way to making a grave mistake to upend our democratic nominating process,” Chuck Grassley said today in a statement, oddly, as he is really old and is talking about graves.  Even weirder that this man is 89 years old and just re-elected but Joe Biden is 9 years younger and maybe shouldn’t run again due to his age.

“Coastal elites and party bosses put their thumb on the electoral scale to drown out the voices and values of Middle America to advance their woke agenda,” Grassley continued, ignoring that his master Donald Trump put his thumb on the scale and tried to overthrow the 2020 election result (Biden beat him by millions of votes).  Even stranger how Chuck didn’t mention his own agenda, which appears to be sitting in elected office since 1959 and collecting millions in paychecks and socialist farm subsidies.

Going on further, the feisty grandpa, who loves the antiquated Electoral College, scolded Democrats further: “This move will further alienate rural Americans from the Democrat Party. For decades, Iowans of all political stripes have been united in our pride for hosting the First-in-the-Nation Caucuses and winnowing the field in the contest for U.S. president. For a half-century, Iowa voters have taken seriously the opportunity and responsibility to vet every candidate who campaigns to become the leader of the free world. Candidates can launch their presidential campaign at minimal cost. In fact, Iowa has a record of catapulting two Democrats to the White House, Jimmy Carter and Barack Obama. Without having the chance to build momentum in Iowa with grassroots-based retail politics; they may have never been president.

Back in 2020, Iowa held caucuses for the Democratic party.  They were so poorly run due to software glitches and failure in leadership that no one could figure out who truly won.  It was an embarrassment for the party of Roosevelt, Carter and Obama.